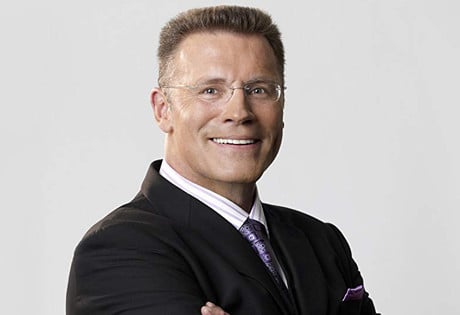 Look no further than WeddingEntertainment.com! We make it easy and stress-free to check availability and pricing for booking Howie Long or any other act in the business. With over 26 years of experience in the industry, we have booked and produced thousands of events for clients worldwide.

Actor and former NFL defensive end Howie Long was born in 1960 in Massachusetts. Long excelled in sports as a high school student, but distinguished himself with his talents as a football player even though he’d not begun taking the sport seriously until he was fifteen. His talents led to football scholarship offers, and ultimately Howie settled on Villanova University for his studies, where he was a four-year letterman and graduate in the field of communications.

Howie Long was drafted by the Oakland Raiders in 1981, and went on to win the Super Bowl XVIII title as defensive end in 1983, ultimately enjoying a stellar career until his retirement in 1993. At that point, Long switched to a career in film, appearing in a number of starring roles in films, including: Broken Arrow, Firestorm, and 3000 Miles to Graceland. His television advertising appearances have also become legendary, appearing in such commercials for: Nike, Campbell’s, Radio Shack, Chevrolet, Pizza Hut, Kraft, and the Bud Bowl campaign, to name a few.

Howie Long is also an active supporter of a number of philanthropic and charitable causes, and he serves as a volunteer for the Boys and Girls Clubs of America, being an alumnus of the organization himself.