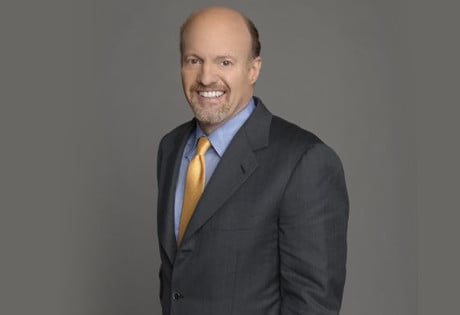 WeddingEntertainment.com makes it easy and trouble-free to check availability and pricing for booking Jim Cramer or any act in the business for your wedding. If we don't book an act for you, our service is free. For over 26 years we have booked and produced thousands of events for our clients worldwide. We can also handle everything necessary to produce the show for one all-inclusive price so there are no surprises. Simply fill out an entertainment request form and a booking agent will contact you to discuss the possibility of booking entertainment for your wedding.

The American television personality and financial expert Jim Cramer was born in 1955 in Wyndmoor, Pennsylvania. Today, Cramer is most recognizable as the host of CNBC’s show Mad Money, but Jim actually started his career in the field of government and law. After graduating from Harvard College with a B.A. in Government, and then later from Harvard Law School with his Juris Doctor in 1984, Cramer went to work in journalism, becoming president of the publication The Harvard Crimson.

After reporting for the Tallahassee Democrat in Florida, and then the Los Angeles Herald-Examiner, he became one of the first reporters at American Lawyer. During this time Cramer became a top-notch investor, handling not only his own money but investing the money of others to great success. Eventually, Jim secured a position as a stockbroker with Goldman Sach’s Private Wealth Management, and his success here led to the founding of his own hedge fund in 1987.

In 2005, CNBC offered Cramer his own television program on their network. Mad Money with Jim Cramer was born and the rest, as they say, is history. Since the launch of his show, Jim Cramer has also hosted his own radio show, Jim Cramer’s Real Money, and he regularly appears as a hot-headed financial expert on shows such as: Today, The Daily Show, The Tonight Show, Late Night with Conan O’Brien, NBC Nightly News, and dozens of other programs. He has also authored seven books so far, including: Jim Cramer’s Mad Money: Watch TV, Get Rich; Confessions of a Street Addict; and Jim Cramer’s Get Rich Carefully.