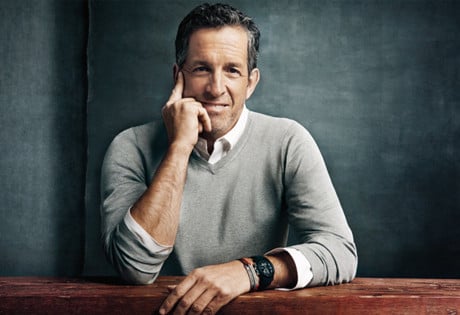 WeddingEntertainment.com makes it easy and trouble-free to check availability and pricing for booking Kenneth Cole or any act in the business for your wedding. If we don't book an act for you, our service is free. For over 26 years we have booked and produced thousands of events for our clients worldwide. We can also handle everything necessary to produce the show for one all-inclusive price so there are no surprises. Simply fill out an entertainment request form and a booking agent will contact you to discuss the possibility of booking entertainment for your wedding.

The American clothing designer Kenneth Cole was born in 1954 in Brooklyn, New York. Cole’s father owned a show manufacturing company, a business young Kenneth entered after graduating from Emory College of Arts and Sciences in 1976. Ultimately, Cole took the company and founded Kenneth Cole Productions in 1982, and the rest – as they say – is history.

By the 1990’s, Kenneth Cole Productions had expanded to clothing as well as shoes, and by the time the company went public in 1994, it has appeared on Forbes annual list of Best Small Companies with frequency. The company is now three different “lines” – Kenneth Cole New York, Unlisted, and Kenneth Cole Reaction.

In recent years, Kenneth Cole has become just as well known for his philanthropic and charitable endeavors as his clothing line. Since the earliest beginnings of the AIDS crisis in the mid 1980’s, Cole has publicly supported awareness and research for the cause, even when it was not “popular” to do so. His support for such endeavors is often appearent in his designs and lines, such as with his t-shirt campaign in 2005 in honor of World AIDS Day (which featured t-shirts with slogans such as “I Have AIDS” or “We All Have AIDS.”) In 2006, Cole was lauded for his support of animal rights when he eliminated all fur from his clothing lines.

Most recently, Kenneth Cole was honored by New York City’s Legal Aid Society in 2009. Later that same year, he delivered the keynote address for Northeastern University’s commencement ceremonies. Kenneth Cole’s first book, Awearness: Inspiring Stories about How to Make a Difference, as published in 2008.