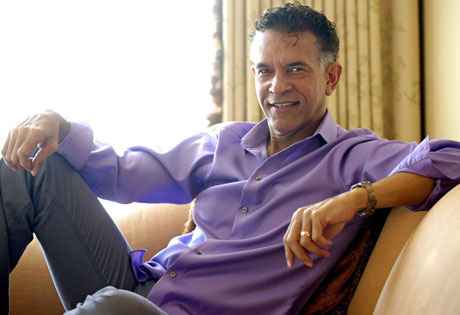 Look no further than WeddingEntertainment.com! We make it easy and stress-free to check availability and pricing for booking Brian Stokes Mitchell or any other act in the business. With over 26 years of experience in the industry, we have booked and produced thousands of events for clients worldwide.

Broadway performer Brian Stokes Mitchell was born in 1957. Mitchell was born in Seattle, but moved around with his family quite a bit since his father worked for the United States Navy as a civil engineer. During his time living in San Diego, however, Brian found himself bitten by the acting bug, and he began performing in school musicals and taking both acting and voice lessons.

Before rising to prominence on the live theater stage, Mitchell snagged a few small and recurring roles on television, including bit parts on Trapper John, M.D., Hotel, The Fresh Prince of Bel-Air, and Frasier. His debut theater role was in 1988, in the musical Mail, for which he immediately received critical acclaim and recognition. Throughout the 1990’s, Brian appeared on stage in: Ok, Kay (1990), Jelly’s Last Jam (1992), Kiss of the Spider Woman (1993), Ragtime (1998), and Kiss Me, Kate (1999), for which he won the Tony Award for Best Actor in a Musical.

In the new millennium, Mitchell has appeared in Sweeney Todd (2002), South Pacific (2005), and Woman on the Verge of a Nervous Breakdown (2010.) Notable recent television roles include appearances on: Mr Robot (in the role of Scott Knowles); The Blacklist (In the role of David Levine); Billions (in the role of Alvin Epstein); and Elementary (in the role of Dominic Voth.) Brian has also branched out recently into more television and film roles, and he has become very well known for his voice-over work in a variety of animated shows and films.

Today, Brian Stokes Mitchell continues to act and perform with little sign of slowing down. With multiple Drama Desk Awards and Tony Award nominations under his belt, Mitchell is now able to choose his roles selectively, and those roles cover both the big screen and small screen, live action and animation, and both musical and drama on stage. Mitchell most recently appeared in the role of Walt in the film, Fam (2019.)