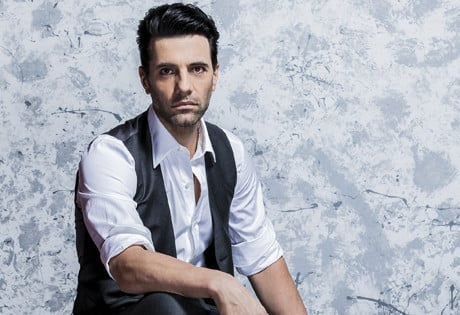 WeddingEntertainment.com makes it easy and trouble-free to check availability and pricing for booking Criss Angel or any act in the business for your wedding. If we don't book an act for you, our service is free. For over 26 years we have booked and produced thousands of events for our clients worldwide. We can also handle everything necessary to produce the show for one all-inclusive price so there are no surprises. Simply fill out an entertainment request form and a booking agent will contact you to discuss the possibility of booking entertainment for your wedding.

The magician and illusionist known as Criss Angel was born Christopher Nicholas Sarantakos in 1967 in Hempstead, Long Island, New York. Before Angel rose to prominence in the early 2000’s as one of the era’s most mysterious and recognizable illusionists, he became enamored with the art of magic when he was still in elementary school. By the time he was a teenager, Criss Angel was performing throughout various schools and restaurants in the East Meadow area. After graduation, Angel opted to pursue a career as a musician, much to his parents’ disappointment, as they wanted him to go to college.

Criss Angel became well-known in New York for his street magic, and in 1994 he was invited to participate in the ABC primetimes special, Secrets. By 1998, he’d started performing his own shows, but it was in 2001 that his performance show, Criss Angel Mindfreak, began a two-year run at the World Underground Theater in Times Square. A series of television specials followed, until A&E picked up Criss Angel Mindfreak as a series, which successfully ran from 2005 to 2010 and was at one point A&E’s number one rated show.

Since that time, Criss Angel has gone on to star in two other series, Believe and Criss Angel Magicjam, and to appear on numerous television shows as a guest, more so than any other magician of his era. In recent years, Criss has branched out into other modes of creative expression as well, including fronting his own band, Angeldust, and authoring the book Mindfreak: Secret Revelations. Today, Criss Angel continues to perform for his fans, and he is credited as being one of the magicians and illusionists who have helped to create the resurgence in popularity of the art.