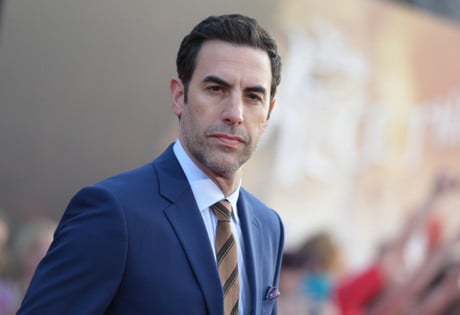 Look no further than WeddingEntertainment.com! We make it easy and stress-free to check availability and pricing for booking Sacha Baron Cohen or any other act in the business. With over 26 years of experience in the industry, we have booked and produced thousands of events for clients worldwide.

The English actor and comedian Sacha Baron Cohen was born in 1971 in Hammersmith, West London. Cohen discovered his love of acting and flair for comedic timing while he was attending Cambridge University. As a member of the school’s Amateur Dramatic Club, Sacha acting in a number of of the school’s productions, including Cyrano de Bergerac and Fiddler on the Roof. His striking looks led initially to a career as a male fashion model after graduating, but after encountering an open call for talent at Channel 4, Baron Cohen submitted a tape for review, which caught the attention of a producer and set his acting career on track.

For two seasons Baron Cohen hosted the television show Pump TV, and then later made his feature film debut in the movie The Jolly Boys’ Last Stand. Around the same time, Sacha Baron Cohen began developing his own characters, and found that Ali G had particular resonance with the viewers of the 11 O’clock Show on Channel 4. Very quickly, Sacha began to garner critical acclaim for his talents, and for his role as Ali G he earned the Best Newcomer award at the British Comedy Awards in 1999.

Ali G soon justified a series of his own, and so Da Ali G Show was born in 2000. After a successful three-year run in England, the character and show were brought to the United States and showcased on the HBO network. The character and series became known for a unique blend of comedic and dramatic irony, since Ali G would often interview high-profile figures (such as James Baker III, US Surgeon General C. Everett Koop, and even Donald Trump) and Baron Cohen would not make the subjects aware that Ali G was an actual character. For a time, the unfamiliarity of Ali G allowed Sacha Baron Cohen to capitalize on the opportunity, but within a matter of months his popularity escalated to such a level that Baron Cohen could no longer pull off the trick.

Sacha Baron Cohen then began a revolving door of new characters who could all attempt the same approach fresh, and so figures such as Borat, the title character in the movie Borat: Cultural Learnings of America for Make Benefit Glorious Nation of Kazakhstan, were born. The mockumentary Borat became a smash hit and Sacha Baron Cohen was recognized with a Golden Globe for Best Actor for his work on the 2007 film. An Oscar nomination for Best Adapted Screenplay followed.

Since that time, Baron Cohen has developed the character Bruno, the subject of another feature film of the same name, and Admiral General Aladeen, subject of the film The Dictator. Through these characters, Baron Cohen presents audiences with some uncomfortable and revealing truths about human nature and society, especially ethnocentrism and how indifference allows it to thrive.

Additional and notable roles for which Sacha Baron Cohen has received critical acclaim include characters in: Talladega Nights: The Ballad of Ricky Bobby (2006), Sweeney Todd: The Demon Barber of Fleet Street (2007), and Les Miserables (2012.)