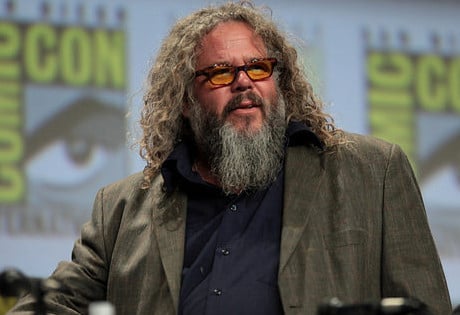 WeddingEntertainment.com makes it easy and trouble-free to check availability and pricing for booking Mark Boone Junior or any act in the business for your wedding. If we don't book an act for you, our service is free. For over 26 years we have booked and produced thousands of events for our clients worldwide. We can also handle everything necessary to produce the show for one all-inclusive price so there are no surprises. Simply fill out an entertainment request form and a booking agent will contact you to discuss the possibility of booking entertainment for your wedding.

American actor Mark Boone was born in 1955 in Cincinnati, Ohio. Long before Mark became known as Bobby Munson on the FX series Sons of Anarchy, he grew up in Chicago and studied at the University of Vermont. Shortly after graduation, he left college for New York, where he pursued a career in stand-up comedy.

With the support of fellow comedian and actor Steve Buscemi, by the mid 1980’s Boone began earning small roles in a number of films, including: New York Stories, The Equalizer, Last Exit to Brooklyn, Die Hard 2, Of Mice and Men, Last of the Dogmen, Seven, Armageddon, Memento, Get Carter, and Batman Begins.

He also made appearances on a number of television shows, including: Law & Order, the Wonder Years, Quantum Leap, and Seinfeld. Boone’s appearance and style led to his becoming the “go to” actor for a stern authority figure, crooked cop, or other similar role, leading to his appearance in over seventy films throughout the last few decades.

But it was in 2008, when Mark Boone was cast in the role of Robert “Bobby Elvis” Munson on the hit television series Sons of Anarchy, that he became a recognizable figure and acclaimed actor. Since then, Mark Boone has continued to act in his role on the show while at the same time appearing in a number of other films, including: Halloween 2, The Mother of Invention, Missing Pieces, Look at Me, and – most recently – Life of Crime.

Currently Mark Boone continues to appear in his role as Munson on Sons of Anarchy, while at the same time launching a number of his own projects. Boone is definitely an actor on the rise, and much more is expected of him in the coming years.