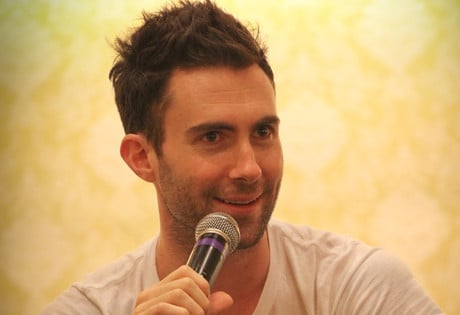 WeddingEntertainment.com makes it easy and trouble-free to check availability and pricing for booking Adam Levine or any act in the business for your wedding. If we don't book an act for you, our service is free. For over 26 years we have booked and produced thousands of events for our clients worldwide. We can also handle everything necessary to produce the show for one all-inclusive price so there are no surprises. Simply fill out an entertainment request form and a booking agent will contact you to discuss the possibility of booking entertainment for your wedding.

The American singer and songwriter known as Adam Levine was born in 1979 in Los Angeles. Long before Adam rose to fame as the front man for the band Maroon 5, he grew up influenced by his parents’ love of music, particularly his mother’s. His interest in music carried him through high school, where he participated in opportunities to perform, and in 1995 Levine and some of his classmates formed the band Kara’s Flowers.

Kara’s Flowers garnered the attention of an independent producer after a performance at a Malibu beach party in 1997. The band signed to Reprise Records and released the album The Fourth World later that year, although the band never fully took off and Levine and his classmates called it quits. But Kara’s Flowers became the seed for Maroon 5, which formed in 2001, this time to great success.

Maroon 5 released the debut album Songs About Jane in 2002, and on the strength of the hit singles “This Love,” and “She Will Be Loved,” the album rose to multi-platinum status. Adam Levine has remained with Maroon 5 since it’s inception, releasing the additional albums: It Won’t Be Soon Before Long (2007), Hands All Over (2010), Overexposed (2012), and V (2014.) The albums have given fans the additional hits: “Makes Me Wonder,” “Moves like Jagger,” “Payphone,” “One More Night,” “Daylight,” and “Love Somebody.” As a member of Maroon 5, Levin has earned multiple industry awards, including three Grammy Awards and two American Music Awards.

Adam Levine continues to perform as the front man for Maroon 5, but in recent years he’s also become known for his side projects. Most notably, Levine has served as a coach on the Voice since the series began in 2011. He has also recently appeared in a recurring role on American Horror Story: Asylum, and in the film Begin Again (2012.) Levine has also launched his own guitar, the First Act 222 Guitar, inspired by the record label he founded in 2012, 222 Records.