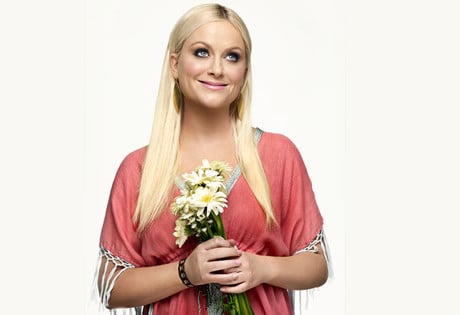 WeddingEntertainment.com makes it easy and trouble-free to check availability and pricing for booking Amy Poehler or any act in the business for your wedding. If we don't book an act for you, our service is free. For over 26 years we have booked and produced thousands of events for our clients worldwide. We can also handle everything necessary to produce the show for one all-inclusive price so there are no surprises. Simply fill out an entertainment request form and a booking agent will contact you to discuss the possibility of booking entertainment for your wedding.

The actress and comedian Amy Poehler was born in 1971 in the Boston area of Massachusetts. Long before Poehler rose to fame for her work on Saturday Night Live, she studied theater at Boston College and worked in New York and Chicago, performing with various improv groups. While at Second City in Chicago, Amy teamed up with some of her fellow comedians to form the Upright Citizens Brigade, an improv group which went on to appear on Late Night with Conan O’Brien and eventually to have its own show on Comedy Central.

Poehler’s work with Upright Citizens Brigade paved the way for her breakthrough gig with Saturday Night Live in 2001. Within a few years, Amy had solidified her position as one of SNL’s strongest players, joining the “Weekend Update” team alongside cast mate Tina Fey. Amy’s spot-on performances (including her impersonation of Hillary Clinton against Fey’s version of Sarah Palin) led her to a Primetime Emmy nomination for Outstanding Supporting Actress in a Comedy Series, an rare achievement for an SNL cast member. Although Amy Poehler left the SNL cast in 2008, she has since continued to return for reappearances since then, while still appearing on the hit series Parks and Recreation, which launched in 2009. The show brought Poehler her second Primetime Emmy nomination for her writing on the show, followed by additional nominations for both acting and writing.

In addition to her eight Emmy nominations, Poehler has also been recognized with nominations for other awards, including Critics’ Choice Awards, Screen Actors Guild Awards, and multiple Golden Globe Award nominations with one win for Best Actress in a Television Musical or Comedy Series, for her work on Parks and Recreation. Poehler has also been listed as one of Time Magazine’s 100 Most Influential People in the World.