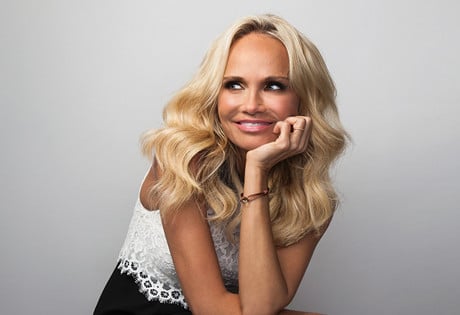 WeddingEntertainment.com makes it easy and trouble-free to check availability and pricing for booking Kristin Chenoweth or any act in the business for your wedding. If we don't book an act for you, our service is free. For over 26 years we have booked and produced thousands of events for our clients worldwide. We can also handle everything necessary to produce the show for one all-inclusive price so there are no surprises. Simply fill out an entertainment request form and a booking agent will contact you to discuss the possibility of booking entertainment for your wedding.

The actress Kristin Chenoweth was born in 1968 in Oklahoma. As a child, Kristin sang in her local church and performed in school productions regularly, leading her to pursue a degree in musical theater while attending Oklaholma City Univresity. Kristin competed regularly in beauty pageants as well, placing second in the Miss Oklahoma pageant in 1991.

In 1993, Kristin helped a friend with a move to New York City, and while there she auditioned for a local production of the musical Animal Crackers. Chenoweth nailed the audition, got the part, and moved to New York City for good, launching her career as a stage and film actress. Chenoweth’s role in Animal Crackers led to an off-Broadway role in the production of The Fantasticks, followed by Broadway roles in: Steel Pier; You’re a Good Man, Charlie Brown; the Apple Tree; and her iconic role as Glinda the Good Witch in Wicked. In the mid 2000’s, Kristin also began appearing in films, with roles in: Bewitched (2005), The Pink Panther (2006), Running wit Scissors (2006), Into Temptation (2009), You Again (2010), and Family Weekend (2013.) On the small screen, Kristin Chenoweth has appeared in recurring roles on: The West Wing, Pushing Daisies, Glee, and GCB.

So far in her career, Kristin Chenoweth has been recognized with multiple award nominations for her work on stage, screen, and television, including: the Tony Awards, Drama Desk Awards, and Outer Critics Circle Awards (for her performances in You’re a Good Man, Charlie Brown and also for Wicked); Primetime Emmy nominations and Screen Actors Guild Awards; and People’s Choice Award nomination. Kristin Chenoweth currently has a number of projects on the horizon for the next few years – on stage and on screen.