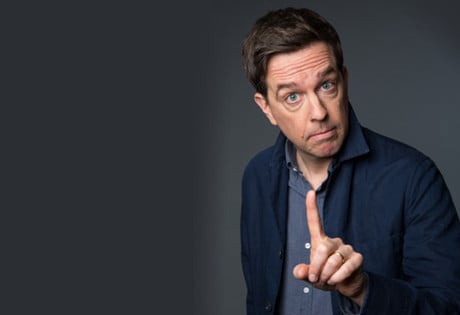 Look no further than WeddingEntertainment.com! We make it easy and stress-free to check availability and pricing for booking Ed Helms or any other act in the business. With over 26 years of experience in the industry, we have booked and produced thousands of events for clients worldwide.

Ed Helms was born Edward Parker Helms in 1974 in Atlanta, Georgia.  Long before Helms grew up to become associated with his roles on the television show The Office and in The Hangover film trilogy, he attended Oberlin College with the initial goal of becoming a geologist. However, after switching his major to film studies, Ed began to work as a sketch comedy writer and performer in New York City, teaming up with the legendary Upright Citizens Brigade.

It was his work as a voice over artist that initially brought Helms to his first agent, who helped him to arrange an audition for a role on The Daily Show. Ed impressed the producers enough that he became a regular on the program, contributing to satirical “field reports” between 2002 and 2006. His work on The Daily Show led Ed Helms to the television series The Office, in which he appeared in the role of Andy Bernard. Helms remained on the show until 2013, and during that time accumulated numerous award nominations for his work.

Ed Helms will next appear in the re-boot sequel of the classic film Vacation, originally starting Chevy Chase. In Vacation (2105), Helms will take on the role of an adult Rusty Griswold, following in his father’s footsteps on the family vacation. Helms is also scheduled to appear in Central Intelligence (2016) and Captain Underpants (2017.)