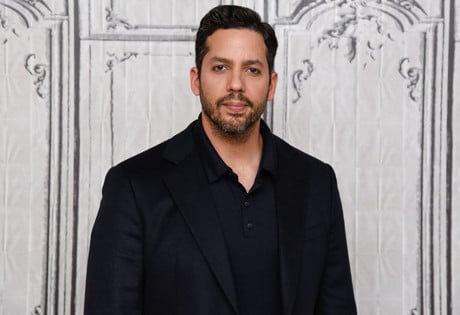 WeddingEntertainment.com makes it easy and trouble-free to check availability and pricing for booking David Blaine or any act in the business for your wedding. If we don't book an act for you, our service is free. For over 26 years we have booked and produced thousands of events for our clients worldwide. We can also handle everything necessary to produce the show for one all-inclusive price so there are no surprises. Simply fill out an entertainment request form and a booking agent will contact you to discuss the possibility of booking entertainment for your wedding.

The world famous magician David Blaine was born in 1973 in Brooklyn, New York. Long before Blaine rose to fame as an illusionist of exceptional talent, focusing on close-up magic performed inches away from observers, he grew up fascinating by magic. An encounter with a street magician when he was only four inspired a lifelong fascination with the art, and so by the time he was a young adult, he was already perfecting his own version of the craft.

New York City became acquainted with David Blaine’s talents in the 1990’s, but it was the NBC special David Blaine: Street Magic, which aired in 1997, that made him a household name. The show focused not only on the art and talents of Blaine, but on the reaction of the spectators and participants observing his illusions only inches away from Blaine. The technique completely changed the way audiences perceive magic, and broke new ground in the art of illusion.  Since Street Magic, Blaine has appeared in multiple television specials and even his own series, Magic Man. He has also performed a number of feats which are frightening and dangerous, appealing to a crowd of observers much in the same way Houdini did once.

Notable feats accomplished by Blaine include: being entombed in an underground plastic box beneath three tons of water, for a seven day duration; standing encased in a massive block of ice in Times Square for sixty-three hours; standing thirty meters high on a twenty-two inch pillar above Bryant Park, New York City; sealing himself inside a transparent Plexiglas case suspended thirty feet in the air above the River Thames for forty-four days; submerging himself in an eight foot water-filled tank for seven days, using tubes to breath and feed himself; and shackling himself to a rotating gyroscope, spinning at eight RPMs, while hanging above a Manhattan lot. Most recently, David Blaine’s 90-minute ABC special, David Blaine: Real or Magic, aired on the network in 2013. The special focused on Blaine’s performances of up-close, street-style magic for a number of notable celebrities, including Woody Harrelson, Olivia Wilde, and Harrison Ford, who now famously told the illusionist to “Get the f—k out of my house,” at the conclusion of the trick.

In addition to a number of private appearances and performances for politicians, celebrities, and corporate gatherings, David Blaine travels every year to perform at children’s hospitals and juvenile wards. He also began a series of shows on the street in Times Square, called “Magic for Haiti,” run over the course of seventy-two hours, which raised over a hundred thousand dollars to benefit the distressed nation.  David Blaine’s autobiography, Mysterious Stranger: A Book of Magic, was published in 2002 and is available through Random House.