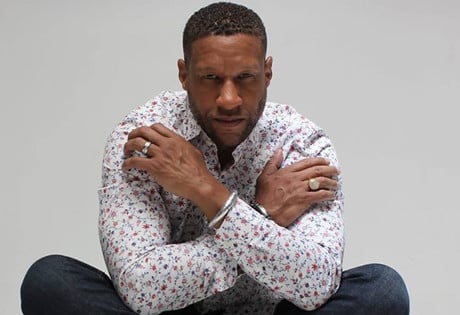 WeddingEntertainment.com makes it easy and trouble-free to check availability and pricing for booking Tony Terry or any act in the business for your wedding. If we don't book an act for you, our service is free. For over 26 years we have booked and produced thousands of events for our clients worldwide. We can also handle everything necessary to produce the show for one all-inclusive price so there are no surprises. Simply fill out an entertainment request form and a booking agent will contact you to discuss the possibility of booking entertainment for your wedding.

The new jack swing performer Tony Terry was born in 1964 in North Carolina. Tony Terry rose to fame in the late 1980’s, but long before that he studied music at the Duke Ellington School of the Arts in Washington. Tony Terry began his career as a performer with the group Sweet Sensation, and then later the group the Boogie Boys, before launching a solo career.

Tony  Terry signed with Epic/CBS Records and released his debut single, “She’s Fly,” in 1987. The song was a smash hit, rising into the top ten on the R&B charts and setting the stage for an equally successful debut album, Forever Yours (1988.) The album was followed by: Tony Terry (1990), Heart of a Man (1994), and Changed! (2006), giving audiences the additional singles: “Young Love,” “On the Strength,” “Head Over Heels,” “Everlasting Love,” “With You,” and “When a Man Cries.” For the song “With You,” Tony Terry earned two Soul Train Music Award nominations.

Tony Terry’s voice can also be heard on the soundtracks for the films Gladiator, Tap, and King’s Ransom. Terry’s most recent album release is All I Need, which arrived in 2013, but he is currently working on another album, set for release in 2015.