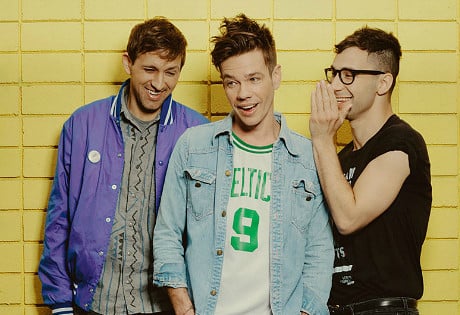 Looking to book Fun entertainment for a wedding anywhere worldwide?

Look no further than WeddingEntertainment.com! We make it easy and stress-free to check availability and pricing for booking Fun or any other act in the business. With over 26 years of experience in the industry, we have booked and produced thousands of events for clients worldwide.

The enormously successful indie pop band Fun was established in 2008 following the dissolution of the band The Format. Musicians Jack Antonoff, Andrew dost, and Nate Ruess re-grouped and began collaborating on new music together and released their debut single as Fun, "At Least I’m Not as Sad as I Used to Be," in 2009. The album Aim and Ignite followed shortly thereafter to critical acclaim, and rose into the album charts but did not reach into the top forty.

To further establish a stronger fan base, Fun launched a tour in support of the band Jack’s Mannequin in 2008 and 2010. Later that same year, Fun signed their first recording deal with Fueled by Ramen and prepared for a sophomore studio release. Some Nights, which arrived in 2011, was a smash hit, spawning the hit title track and the single "We Are Young," which found its way into multiple television shows, commercials, and movies, including the movie This is 40; the television shows Gossip Girl, 90210, and Glee; and commercials for Chevrolet and Apple Computers. Of course, the song also gave Fun its first number one hit, and the song remained at the top of the charts for multiple weeks.

Since that time, Fun has become nearly synonymous with the hit "We Are Young," although Some Nights has also spawned the hits "Carry On" and "Why Am I the One." For their achievements so far, the band Fun has been recognized with multiple Grammy nominations, including Records of the Year and song of the Year, in addition to Best Pop Vocal Album. Following a live performance at the award ceremony, Fun did indeed take home the Grammy for Song of the Year and Best New Artist.

Most recently, Fun released the live EP Before Shane Went to Bangkok: Live in the USA. Another studio release is set for sometime in 2014.