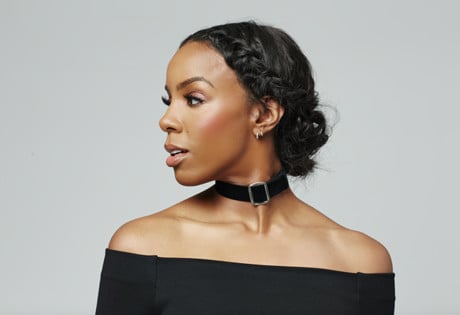 WeddingEntertainment.com makes it easy and trouble-free to check availability and pricing for booking Kelly Rowland or any act in the business for your wedding. If we don't book an act for you, our service is free. For over 26 years we have booked and produced thousands of events for our clients worldwide. We can also handle everything necessary to produce the show for one all-inclusive price so there are no surprises. Simply fill out an entertainment request form and a booking agent will contact you to discuss the possibility of booking entertainment for your wedding.

As a member of Destiny’s Child, Kelly Rowland found herself launched to fame in the late 1990’s as part of the most successful female musical groups in history. Originally from Atlanta, Georgia, Kelly Rowland was born Kelendria Trene Roland in 1981. As a young child, Kelly found inspiration from female vocalists such as Whitney Houston. Houston’s debut album alone had a tremendous impact on Kelly Rowland, and it was around this time that she began singing in the church choir.

When the family moved to Houston, Texas, Kelly Rowland became friends with Beyonce Knowles, another aspiring singer. The two formed Destiny’s Child, and on the strength of their debut single “No No No,” their debut album, which followed, was a huge hit, going platinum in the first year of its release. The Writing’s on the Wall followed in 1999, and then Survivor in 2001. Shortly thereafter, Kelly Rowland began plans for her own solo career.

Simply Deep, Kelly Rowland’s debut, was released in 2002. Rapper Nelly appeared on its first single, “Dilemma,” helping to bring the single to number one for two months in the fall of that year. “Stole” came next, also finding a home on the charts. Ms. Kelly followed in 2007, and Here I Am was released in 2011. The single “Motivation,” hit the R&B/Hip-Hop charts and crossed into the Top 20 on the mainstream charts. The year 2013 brought Kelly Rowland to the small screen as a judge on the X Factor USA, and then her fourth album, Talk a Good Game.

Since that time, Rowland has become equally well-known for her acting career, which included a recurring role on the television series Empire. She also joined the cast of The Voice Australia as a coach in 2017, and the cast of The Voice US as a judge in 2017. Other notable appearances in film include roles in Freddy vs. Jason, The Seat Filler, and Think Like a Man.

Kelly Rowland continues to write, record, perform, and tour, while enjoying a burgeoning career as a highly respected solo artist and actress. As a musician, Kelly Rowland’s solo career has brought her sales nearing twenty-million for singles and four million for her albums. She has been recognized with a Soul Train Music Award, two Billboard Music Awards, and four Grammy Awards. She has also been honored by Essence magazine and ASCAP. And earned her star on the Hollywood Walk of Fame as a member of Destiny’s Child.