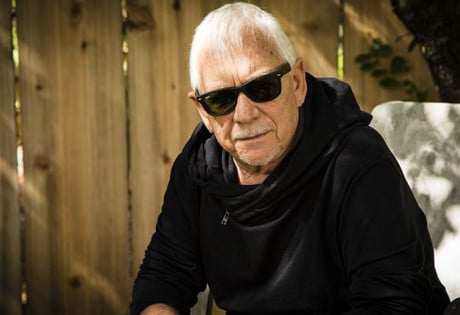 WeddingEntertainment.com makes it easy and trouble-free to check availability and pricing for booking Eric Burdon or any act in the business for your wedding. If we don't book an act for you, our service is free. For over 26 years we have booked and produced thousands of events for our clients worldwide. We can also handle everything necessary to produce the show for one all-inclusive price so there are no surprises. Simply fill out an entertainment request form and a booking agent will contact you to discuss the possibility of booking entertainment for your wedding.

Eric Burdon began his career in music performing covers of works originally recorded by musicians he admired, such as Chuck Berry, John Lee Hooker, and Ray Charles. He established the band The Animals in the 1960’s, and they quickly became one of England’s best R&B bands.

The Animals released their debut single, “The House of the Rising Sun,” in 1964, to great commercial success. They followed up with hits such as “Don't Let Me Be Misunderstood,” “We Gotta Get Out of This Place,” “It's My Life,” “I'm Crying,” “Inside Looking Out,” “The Story of Bo Didley,” “Bring It On Home to Me,” and “See See Rider.” When the Animals disbanded, Eric Burdon moved forward with a solo project before resurfacing in California with a new incarnation of his original band, now known as Eric Burdon & the Animals (or as Eric Burdon & the New Animals) in the mid 1960’s.

Eric Burdon & the Animals scored hit after hit for the remainder of the decade, including “San Franciscan Nights,” “Colored Rain,” “When I Was Young,” “White Houses,” “Sky Pilot,” and “Monterey.” Burdon again embarked on a solo career, releasing albums such as I Used To Be An Animal, and wrote his autobiography, I Used To Be An Animal, But I’m All Right Now.  Eric Burdon also worked with Paul Shaffer’s CD, Coast to Coast, and in the 1990’s, he partnered with Jon Bon Jovi on renditions of the songs “It's My Life” and “We Gotta Get Outta This Place.” During this time, Burdon also toured as Eric Burdon’s I-Band, alongside musicians Dave Meros, Mark Craney, Larry Wilkins, and Dean Restum.

With the Animals, Eric Burdon was inducted into the Rock and Roll Hall of Fame in 1994. The singles “We Gotta Get Out of This Place” and “The House of the Rising Sun” are ranked on Rolling Stone’s 500 Greatest Songs of All Time, and Eric Burdon himself is ranked on the 100 Greatest Singers of All Time list.

In the new millennium, Eric Burdon continues to perform and record for a variety of projects, including the single “Power to the People” for the film Steal This Movie! and a performance at the memorial service for Bo Diddley. Recently, Burdon completed a European tour and he has current plans for additional performances and recordings.