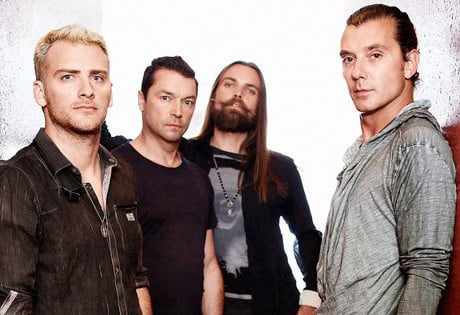 Looking to book Bush entertainment for a wedding anywhere worldwide?

WeddingEntertainment.com makes it easy and trouble-free to check availability and pricing for booking Bush or any act in the business for your wedding. If we don't book an act for you, our service is free. For over 26 years we have booked and produced thousands of events for our clients worldwide. We can also handle everything necessary to produce the show for one all-inclusive price so there are no surprises. Simply fill out an entertainment request form and a booking agent will contact you to discuss the possibility of booking entertainment for your wedding.

Bush was formed in London in 1992 by founding members Nigel Pulsford, Gavin Rossdale, David Parsons, and Robin Goodridge. Bush signed to Interscope Records and released its debut album, Sixteen Stone, in 1994. In part due to the strength of its first single, “Swallowed,” Sixteen Stone immediately rocketed Bush to the top of the charts, with the album going platinum six times and the debut single hitting number on and spending multiple weeks at the top of the charts.

Bush followed the staggering success of their debut with the albums Razorblade Suitcase (1996), The Silence of Things (1999), and Golden State (2001.) The albums spawned the top ten alternative hits “Everything Zen,” “Little Things,” “Comedown,” “Glycerine,” “Machinehead,” “Greedy Fly,” “Mouth (The Stingray Mix),” “The Chemicals Between Us,” and “Letting the Cables Sleep.” Bush was recognized with an American Music Award for Favorite Alternative Group in 1998 and nominated for a Grammy Award for Best Hard Rock Performance for the song “Swallowed” in 1998. The band was among the most successful of the late 1990’s, but as record sales began to dissipate in the new millennium, the members of Bush decided to disband for awhile in 2002.

The members of Bush moved on to other music projects and formed other bands, with some (such as Rossdale) embarking on solo careers. Rossdale also began an acting career, appearing in the films Constantine, The Game of Their Lives, and How to Rob a Bank, to name a few. In 2010, the members of Bush reunited for a performance at the Epicenter Music Festival, launching speculation of their much anticipated reunion. The suspicions were confirmed when Bush released The Sea of Memories one year later, giving fans the top ten alternative hit, “The Sound of Winter.” Bush has since released the additional albums Man on the Run (2014) and Black and White Rainbows (2017), featuring the singles “The Only Way Out,” “People at War,” and “Mad Love.”

Bush continues to perform, record, and tour once again, with the current lineup of Rossdale, Robin Goodridge, Chris Traynor, and Corey Britz. Bush recently wrapped a Summer 2018 tour, the Revolution 3 Tour, performing alongside The Cult and Stone Temple Pilots. The group is currently working on new material for their next studio album, expected in the coming years.