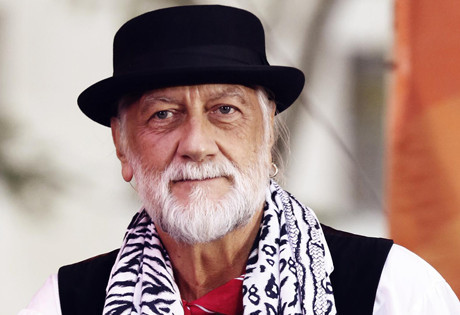 WeddingEntertainment.com makes it easy and trouble-free to check availability and pricing for booking Mick Fleetwood or any act in the business for your wedding. If we don't book an act for you, our service is free. For over 26 years we have booked and produced thousands of events for our clients worldwide. We can also handle everything necessary to produce the show for one all-inclusive price so there are no surprises. Simply fill out an entertainment request form and a booking agent will contact you to discuss the possibility of booking entertainment for your wedding.

Mick Fleetwood was born in 1947 in Redruth, Cornwall, England. As a child, he frequently moved, since his father was a pilot in the Royal Air Force. Mick lived in exotic locations such as Egypt and Norway, but he struggled with his education, eventually dropping out of school at the age of fifteen. He moved to London to pursue his dream of becoming a drummer.

Mick’s career in music began with Peter Bardens, a keyboard player, offered him a job with the band The Cheynes. Although the gig didn’t last long, it led to a variety of other drumming jobs, including ones for Shotgun Express with Rod Steward and John Mayall & the Bluesbreakers. Eventually, Peter Green invited Mick to join him in the new band, Fleetwood Mac. The rest, as they say, is history.

Since that time, Fleetwood Mac has released more than fifty albums, the most successful of which were issued during the 1970’s.  Albums such as Mystery to Me (1973), Fleetwood Mac (1975), Tusk (1979), and the iconic Rumors (1977) brought audiences hit singles such as “Rhiannon,” “Go Your Own Way,” “Dreams,” “Don’t Stop,” “You Make Loving Fun,” and “Sara.” The music of Fleetwood Mac defined a generation and dominated the charts for the bulk of the decade, and their success continued into the 1980’s with hits such as “Hold Me,” “Gypsy,” “Big Love,” “Seven Wonders,” and “Save Me.”

In addition to his success with Fleetwood Mac, Mick Fleetwood has participated in dozens of side projects, including Mick Fleetwood’s Zoo, formed in 1983, which issued the album I’m Not Me. Most recently, Mick Fleetwood released Something Big in 2004, and he continues to record and perform. In addition to his work in music, Mick Fleetwood has taken minor acting roles in movies such as The Running Man and Star Trek: The Next Generation.  In 1990, he published his autobiography, My Life and Adventures with Fleetwood Mac, chronicling not only his experiences as a member of the band, but also Mick’s work with musicians such as Eric Clapton, members of The Rolling Stones, and Led Zeppelin.