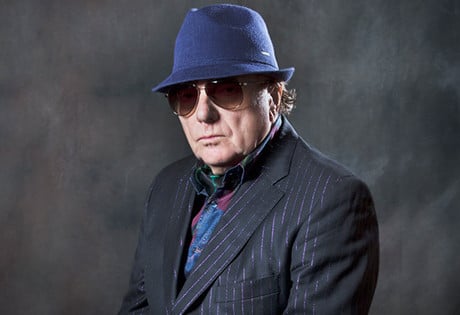 WeddingEntertainment.com makes it easy and trouble-free to check availability and pricing for booking Van Morrison or any act in the business for your wedding. If we don't book an act for you, our service is free. For over 26 years we have booked and produced thousands of events for our clients worldwide. We can also handle everything necessary to produce the show for one all-inclusive price so there are no surprises. Simply fill out an entertainment request form and a booking agent will contact you to discuss the possibility of booking entertainment for your wedding.

George Ivan Morrison, better known as Ivan Morrison, was born in 1945 in Belfast. After touring with a band called the Monarchs, Morrison formed his first musical group, Them, while still a teenager. The band become popular locally and their debut single, “Don’t Start Crying Now,” was well-received upon its release in 1964. Perhaps the best-known single by Them is “Gloria,” which would go on to be frequently covered by a variety of musicians, including the Doors.

Throughout his career, Van Morrison has won two Grammy Awards, one Brit Award, and a Lifetime Achievement Award for Songwriting from the Americana Music Honors & Awards. Morrison also appears on innumerous “Greatest” lists to include both Greatest Artists and Album recognitions. He has been inducted into the Songwriters Hall of Fame and the Rock’n’Roll Hall of Fame. Still performing actively, Morrison has released two albums in recent years—Duets: Re-working the Catalogue in 2015, and most recently, Roll with the Punches in 2017.