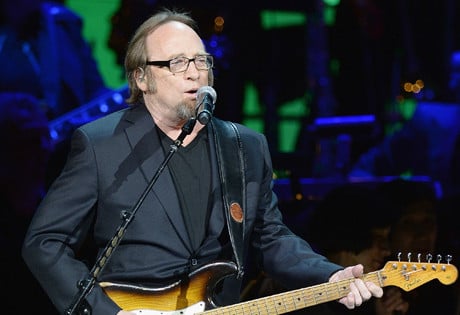 WeddingEntertainment.com makes it easy and trouble-free to check availability and pricing for booking Stephen Stills or any act in the business for your wedding. If we don't book an act for you, our service is free. For over 26 years we have booked and produced thousands of events for our clients worldwide. We can also handle everything necessary to produce the show for one all-inclusive price so there are no surprises. Simply fill out an entertainment request form and a booking agent will contact you to discuss the possibility of booking entertainment for your wedding.

Stephen Arthur Stills was born in 1945 and spent his childhood living in a variety of locations, including Florida, Louisiana, El Salvador, and Costa Rica. His music career began shortly after abandoning his studies at Louisiana State University in the 1960’s. Throughout the decade he could be found performing in a variety of venues in New York, in a number of different bands, and with a variety of musicians who would go on to become quite well-known.

In the middle of the decade, Stephen Stills met Neil Young, and shortly thereafter Stills and Young joined up with Richie Furay to form Buffalo Springfield. The group disbanded after brief success, and Stephen Stills joined up with David Crosby who had recently left the Byrds. After meeting up with Graham Nash for an impromptu performance at a party, Crosby, Stills, Nash, and Young was born.

The new millennium saw Stephen Stills release his first solo album in more than a decade, Man Alive!, and Stills embarked on a 2008 tour to Europe as a solo artist.  Stephen Stills has also continued to work with many other bands, and was even inducted into the Rock and Roll Hall of Fame twice, once for his work with Buffalo Springfield and again for his work with Crosby, Stills, and Nash. He is ranked as one of the 100 Greatest Guitarists of All Time by Rolling Stone Magazine.