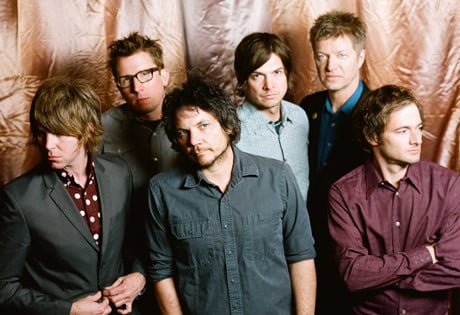 Looking to book Wilco entertainment for a wedding anywhere worldwide?

WeddingEntertainment.com makes it easy and trouble-free to check availability and pricing for booking Wilco or any act in the business for your wedding. If we don't book an act for you, our service is free. For over 26 years we have booked and produced thousands of events for our clients worldwide. We can also handle everything necessary to produce the show for one all-inclusive price so there are no surprises. Simply fill out an entertainment request form and a booking agent will contact you to discuss the possibility of booking entertainment for your wedding.

The alternative rock band Wilco was established after the group Uncle Tupelo disbanded and left its remaining members seeking the start of a new band. Founded by Jeff Tweedy, Wilco was assembled in 1994 and the band released its debut album, A.M., in 1995. Wilco immediately launched a supporting tour in support of the album, which spawned the single “Box Full of Letters,” although the song did not place on the charts.

Despite a number of changes to the lineup in its first decade, since 2004 Wilco has consisted of members of Jeff Tweedy, Nels Cline, Glenn Kotche, Pat Sansone, and Mikael Jorgensen. The band continues to perform and tour, and has plans for additional album releases in the future.