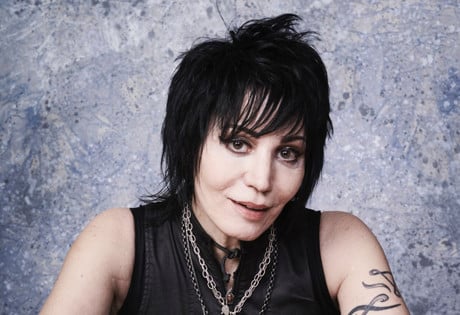 Look no further than WeddingEntertainment.com! We make it easy and stress-free to check availability and pricing for booking Joan Jett or any other act in the business. With over 26 years of experience in the industry, we have booked and produced thousands of events for clients worldwide.

Joan Jett became a figurehead for multiple generations of female musicians by balancing her loud and overpowering rock and roll sound with a defiant feminine presence that never overtakes her talent. Jett was born in Philadelphia, Pennsylvania, but moved to Los Angeles with her family when she was twelve. By the time she was fifteen, she was performing around town with her first band. Jett was eventually discovered by Kim Fowler, an LA record producer, who renamed her group the Runaways and secured their first recording contract.

Their first three albums garnered some success outside of the United States, but failed to chart high enough within, and so the group disbanded in 1980 and Joan Jett moved to New York. She began a solo career, releasing her self-titled debut in 1980; for an independent release, it sold well enough to land Jett another recording contract, and when the album was reissued with the title Bad Reputation, it soared to number fifty-one. The Blackhearts were formed before Joan Jett’s next album, I love Rock’n’Roll (1981), and the album reached the top ten. The title track was its largest success, finding a home at number one for seven straight weeks. “Crimson and Clover” followed, as did “Do You Wanna Touch Me (Oh Yeah).” It would be a number of years before Joan Jett’s next hit, "I Hate Myself for Loving You," in 1988.

Since that time, Joan Jett has enjoyed a career which has lasted well into the new millennium. She reunited with the Blackhearts for the 1999 album Fetish, and in 2006 for the album Sinner, and appeared with the band on the 2006 Warped Tour. In the following year, they headlined the Albuquerque, New Mexico Freedom Fourth celebration. In 2013, the Blackhearts returned with a brand new album, Unvarnished, and it rose into the top fifty on the mainstream charts.

The film The Runaways, which chronicles the band’s career and Joan Jett’s rise to fame, was released in 2010, featuring Kristen Stewart and Dakota Fanning.
Joan Jett continues to perform and tour, and her legacy has been long-lasting; the song “I Love Rock ‘n’ Roll” today remains one of the top-charting songs of all time, according to Billboard magazine, and was inducted into the Grammy Hall of Fame in 2016.