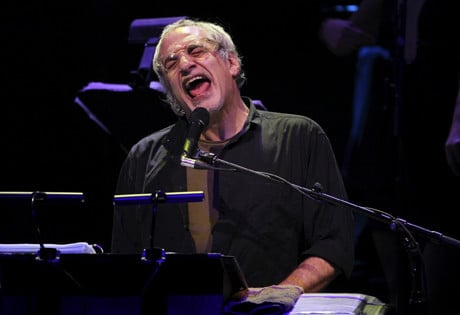 WeddingEntertainment.com makes it easy and trouble-free to check availability and pricing for booking Steely Dan or any act in the business for your wedding. If we don't book an act for you, our service is free. For over 26 years we have booked and produced thousands of events for our clients worldwide. We can also handle everything necessary to produce the show for one all-inclusive price so there are no surprises. Simply fill out an entertainment request form and a booking agent will contact you to discuss the possibility of booking entertainment for your wedding.

Donald Fagen and Walter Becker first came together in 1968 as students at Bard College. There they discovered common interests in jazz, blues, popular music and contemporary literature. They began performing cover songs together, and in 1969, they moved to Brooklyn, New York and recorded a series of demos over the next two years.

Eventually, they formed Steely Dan with musicians David Palmer, Denny Dias, Jim Hodder, and Jeff Baxter, taking their name as an off-color tribute to the novel Naked Lunch. In 1972, Steely Dan released the debut album Can’t Buy a Thrill, and albums continued throughout the 1970’s: Countdown to Ecstasy (1973), Pretzel Logic (1974), Katy Lied (1985), The Royal Scam (1976), and Aja (1977), with hits such as “Reeling in the Years,” “Rikki Don’t Lose That Number,” and “Hey, Nineteen.” Gaucho followed in 1980, and then Steely Dan took a lengthy break.

Steely Dan returned in 2000 with Two Against Nature, a surprise comeback album which garnered them Grammy Awards for Best Pop Vocal Album, Best Engineer Album, Best Pop Performance by a Duo or Group, and Album of the Year. Everything Must Go followed in 2003, and Steely Dan focused once again on tours and performances, which continued well into the new millennium’s first decade.

In total, Steely Dan has sold more than thirty million albums worldwide throughout their career thus far. The group was inducted into the Rock and Roll Hall of Fame in 2001, and Steely Dan continues to perform and tour.