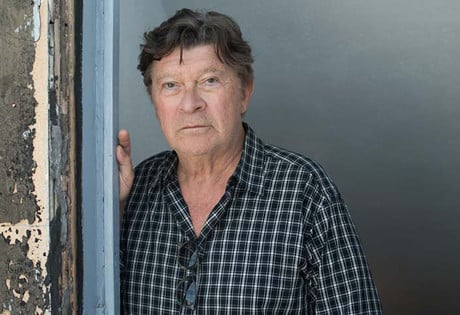 WeddingEntertainment.com makes it easy and trouble-free to check availability and pricing for booking Robbie Robertson or any act in the business for your wedding. If we don't book an act for you, our service is free. For over 26 years we have booked and produced thousands of events for our clients worldwide. We can also handle everything necessary to produce the show for one all-inclusive price so there are no surprises. Simply fill out an entertainment request form and a booking agent will contact you to discuss the possibility of booking entertainment for your wedding.

The Canadian guitarist and singer Robbie Robertson was born in 1943 in Toronto. Before he rose to fame as a member of the Band, Robbie performed with a number of different bands around the Toronto area in the late 1950’s, until he met up with Garth Hudson, Rick Danko, Richard Manuel, and Leon Helm to form the Band. They released their debut album, Music from Big Pink, in 1968, to both commercial success and critical acclaim.

Robbie Robertson remained with the Band until their final concert in 1976, which was captured on film by Martin Scorsese to become the documentary The Last Waltz. Although Robertson resumed performing as the Band in 1983, with guest musicians filling in for missing members, in 1987 he launched his own solo career and released the albums: Robbie Robertson (1987), Storyville (1991), Music for the Native Americans (1994), and Contact from the Underworld of Redboy (1998.)

In addition to his own solo work, Robbie Robertson also has an impressive list of films to which he has lent his musical talents. After collaborating with Martin Scorsese on The Last Waltz, Robertson went on to write the musical score for Raging Bull (1980), and then since he has done the same for some of Scorsese’s biggest films, including: Casino (1995), The Departed (2006), Gangs of New York (2002), and most recently, Shutter Island (2009.) Robbie has also worked as creative consultant or composer on other films, including Phenomenon (1999), Any Given Sunday (1999),  and Ladder 49 (2004.) Robertson joined the DreamWorks team in 2000 to become a creative executive for the company, and he continues to work in film to this day.

For his work, Robbie Robertson has been recognized with a Lifetime Achievement Award from the National Academy of Songwriters (1997) and a Grammy Lifetime Achievement Award from the Grammys (2008.) He is listed on Rolling Stone’s 100 Greatest Guitarists of All Time, and as a member of the Band he has been inducted into the Rock and roll Hall of Fame. Robertson most recently performed at the Crossroads Guitar Festival in Illinois in 2007, and released his latest album, How to Become Clairvoyant, in 2011.