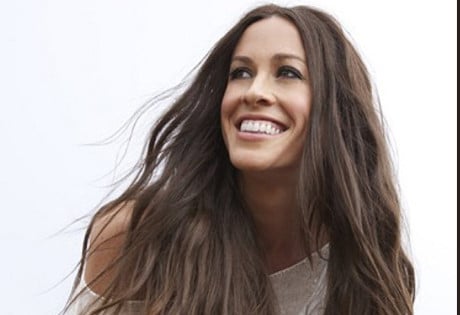 Look no further than WeddingEntertainment.com! We make it easy and stress-free to check availability and pricing for booking Alanis Morissette or any other act in the business. With over 26 years of experience in the industry, we have booked and produced thousands of events for clients worldwide.

Alanis Morissette achieved unanticipated stardom in the 1990’s, reaching from her roots as a child actress to achieve incredible success as an accomplished singer and songwriter. Born and raised in Ottawa, Canada, Alanis Morissette rocketed to stardom with Jagged Little Pill, her third album. But long before that, she was playing piano and writing songs, and by the age of ten, she was acting as a cast member on You Can't Do That on Television, a children's television program.

Alanis Morissette’s debut album, Alanis, was released in 1991 to moderate success. Now Is the Time followed in 1992, and Alanis moved to Los Angeles.
While in California, Alanis Morissette began work on Jagged Little Pill, and this time the album was released to critical acclaim and success. The chart-topping “You Oughta Know," brought attention to the album in the summer of 1995, and heavy airplay followed. Soon, the single reached into the Top Ten and eventually went multi-platinum. The singles "Hand in My Pocket" and "All I Really Want," also off the album, were also successful. For her achievements, Alanis Morissette earned six Grammy nominations in 1996, winning several of them, including Album of the Year and Song of the Year.

Since that time, Alanis Morissette has released the single “Ironic,” which would go to become her greatest success, and the albums: Supposed Former Infatuation Junkie (1998), Under Rug Swept (2002), So-Called Chaos (2004),  Collection (2005), Flavors of Entanglement (2008), and Havoc and Bright Lights (2012.) The albums spawned the additional hit singles “Magical Child,” “Guardian,” “Receive,” and "I Remain", which was featured on the Prince of Persia: The Sands of Time soundtrack.

Most recently, Alanis Morisette released a four-disc collector’s edition of Jagged Little Pill for the album’s 20th anniversary in 2015. In 2016, she began writing her own advice column for The Guardian, although she continues to perform, record, and tour.