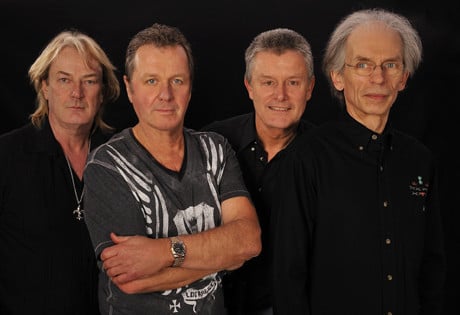 Looking to book Asia entertainment for a wedding anywhere worldwide?

WeddingEntertainment.com makes it easy and trouble-free to check availability and pricing for booking Asia or any act in the business for your wedding. If we don't book an act for you, our service is free. For over 26 years we have booked and produced thousands of events for our clients worldwide. We can also handle everything necessary to produce the show for one all-inclusive price so there are no surprises. Simply fill out an entertainment request form and a booking agent will contact you to discuss the possibility of booking entertainment for your wedding.

Asia was formed in 1981 when Geoff Downes, John Wetton, Steve Howe, and Carl Palmer came together to form their own band as the bands they’d previously worked with began to disintegrate.  Originally coming from legendary progressive rock bands such as Roxy Music, King Crimson, Yes, and Emerson, Lake & Palmer, the founding members brought their talents together to create Asia.

Working closely with David Geffen, Asia found a new set of fans that were more associated with the album-rock sounds of such bands as Styx and Journey. Asia released the albums Asia, Alpha, and Astra in the 1980’s, all to surprising commercial success, bringing audiences the hits “Heat of the Moment,” “Don’t Cry,” and “The Smile Has Left Your Eyes.” Astra was the least success of the three, however, and by 1985 Asia had dissolved.