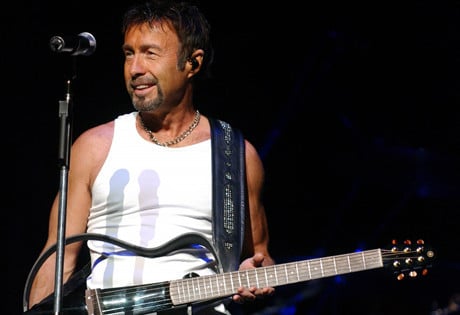 WeddingEntertainment.com makes it easy and trouble-free to check availability and pricing for booking Paul Rogers or any act in the business for your wedding. If we don't book an act for you, our service is free. For over 26 years we have booked and produced thousands of events for our clients worldwide. We can also handle everything necessary to produce the show for one all-inclusive price so there are no surprises. Simply fill out an entertainment request form and a booking agent will contact you to discuss the possibility of booking entertainment for your wedding.

Paul Rodgers was born in 1949 in Middlesbrough, England. As a young man, he began performing in local clubs, and in his teens, he found himself enamored by the club scene in London. He moved to the city and formed Brown Sugar, a blues band, in the 1960’s, where he experienced a musical epiphany after seeing Muddy Waters perform live. A meeting with Paul Kossoff, Simon Kirke, and Andy Fraser sparked the formation of a new band, Free, and the men quickly established a following.

The band dissolved in 1973, but by that time Free had already sold more than twenty million albums and performed at more than seven hundred venues. Rodgers moved forward, forming the band Bad Company, alongside Boz Burrell, Mick Ralphs, and Simon Kirke. By the end of the decade, Bad Company had sold more than thirty million albums and earned multiple platinum and multi-platinum albums. With Bad Company, Paul Rodgers gave fans enduring classics such as "Can't Get Enough," "Shooting Star," "Feel Like Makin' Love," and "Rock 'n' Roll Fantasy."

Paul Rodgers embarked on a solo career in the 1980’s, and released a series of successful albums, including: Cut Loose (1983), The Morning After the Night Before/Northwind (1984), Muddy Water Blues: A Tribute to Muddy Waters (1993), and The Hendrix Set (1993.) A Bad Company reunion in the late 1990’s reunited Paul Rodgers with his former band mates, but in the new millennium, he also moved forward full force with Electric, featuring the smash hit single “Drifters.” He returned to Europe and Australia for sold-out performances and then later in 2001 embarked on a tour of the United States with Bad Company.

The year 2002 saw Paul Rodgers and Bad Company release Merchants of Cool, and then in 2003 Paul Rodgers returned to a solo tour, performing twenty-five shows in the United States.  Most recently, Paul Rodgers joined forces with Queen in 2005 to establish Queen featuring Paul Rodgers, and toured extensively into 2006.  Rodgers continues to perform, record, and tour.