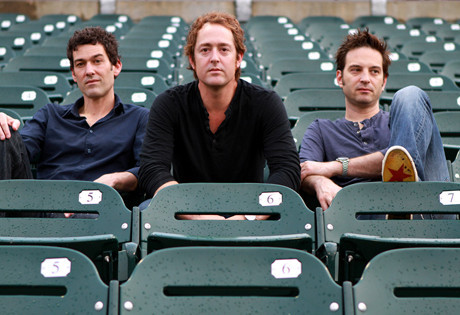 Looking to book Tonic entertainment for a wedding anywhere worldwide?

Look no further than WeddingEntertainment.com! We make it easy and stress-free to check availability and pricing for booking Tonic or any other act in the business. With over 26 years of experience in the industry, we have booked and produced thousands of events for clients worldwide.

The American rock band known as Tonic was established in 1993 by founding members Jeff Russo and Emerson Hart. The two had grown up as childhood friends, and reunited in the early 1990’s, discovering that they both had aspirations for a career in the music industry. After writing a number of songs together, the duo brought Dan Rothchild on board as their bass player, followed by Kevin Shepard as their drummer.

Tonic began performing around the Los Angeles area, eventually garnering the attention of record labels. By 1995, it is estimated that they’d played over three hundred shows in their first two years together, and in the following year Tonic released Lemon Parade, the band’s debut album. On the strength of the hit “If You Could Only See,” the album rose into the charts and eventually reached platinum status. Lemon Parade also spawned the hits “Open Up Your Eyes” and “Soldier’s Daughter.”

Lemon Parade was followed by Sugar (1999) and Head on Straight (2002), featuring the songs “You Wanted More,” “Mean to Me,” “Sugar,” “Take Me as I Am,” and “Release Me.” Tonic also recorded music for the films Scream 2, American Pie, and The X-Files. The band embarked on a hiatus in 2002, but returned in 2010 with the album Tonic. Today, Tonic continues to perform and record with the current lineup of Emerson Hart, Jeff Russo, and Dan Lavery.