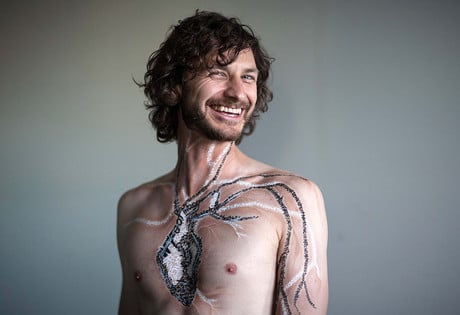 Looking to book Gotye entertainment for a wedding anywhere worldwide?

Look no further than WeddingEntertainment.com! We make it easy and stress-free to check availability and pricing for booking Gotye or any other act in the business. With over 26 years of experience in the industry, we have booked and produced thousands of events for clients worldwide.

The Australian producer, instrumentalist, singer, and composer known as Gotye">Gotye was born Wouter De Backer in 1980 in Belgium. Gotye">Gotye moved to Australia with his family at the age of two, settling in the Melbourne area, where he developed a deep love of music. Goyte learned to play the drums and piano first, and by the time he was in high school, he’d started performing with some friends.

After earning his Bachelor of Arts from the University of Melbourne, Gotye">Gotye wrote and recorded his earliest material in 2001, assembling his first four-track CD and self-distributing a few dozen copies. Local DJs and radio stations in Australia took notice, and encouraged Goyte to continue writing, recording, and producing.

Goyte released his debut album, Boardface, in 2003, to moderate success. But it was his second album, Like Drawing Blood, that truly put Gotye">Gotye on the map upon its release in 2006. The album earned the artist a Most Outstanding New Independent Artist recognition at the Australia Independent Record Chart Awards and an ARIA Award for Best Male Artist. The album spawned the singles “Learnalilgivinanlovin” and “Hearts a Mess,” bringing the album to platinum status in Australia and setting the stage for Gotye">Gotye’s biggest breakthrough.

While Gotye">Gotye’s second album, Mixed Blood, was also highly successful, earning him multiple ARIA Music Award nominations, his biggest international breakthrough came with the single “Somebody That I Used to Know,” recorded with Kimbra, in 2011. The single earned Goyte ARIA Awards for Single of the Year, Producer of the Year, and Best Male Artist, in addition to his first Grammy Awards, for Record of the Year and Best Pop Duo/Group Performance. The single also reached the number one spot on the mainstream charts in the United States, making Gotye">Gotye one of the few Australian artists to achieve that level of success in America.

Gotye">Gotye is definitely an artist still on the rise after his big breakthrough. Much more is expected of him in the coming years, including his next studio album, set for release sometime soon.