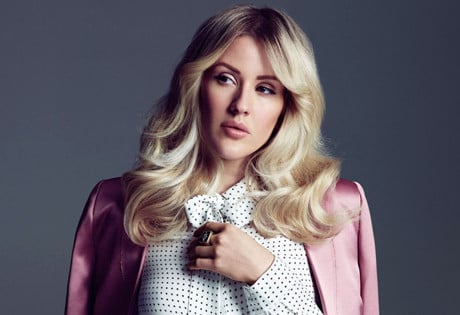 Look no further than WeddingEntertainment.com! We make it easy and stress-free to check availability and pricing for booking Ellie Goulding or any other act in the business. With over 26 years of experience in the industry, we have booked and produced thousands of events for clients worldwide.

British performer Elena Jane Goulding was born in 1986 in Lyonshall, Herefordshire, and began studying a number of instruments when she was a young teenager. Her endeavor into songwriting began when she was fifteen, and by the time she was in college, Elena had begun singing publicly, winning one of the first competitions in which she entered. Eventually, after garnering representation through Turn First Artists, Goulding left her university studies and began to pursue a full-time career in music.

Goulding’s debut single, “Under the Sheets,” arrived in 2009 and rose into the UK Singles Charts. A follow-up, “Wish I Stayed,” arrived a few months later and Ellie further supported her rise to stardom with appearances on a number of UK television shows, including Later… with Jools Holland. Her performances earned her awards from the Critic’s Choice Awards and the BBC Sound of 2010 polls, even before her debut album arrived in the spring of 2010. Lights, Goulding’s debut featuring the singles “The Writer,” “Guns and Horses,” and “Starry Eyed,” rose to the number one spot on the UK Albums Chart. It’s enormous success has been followed by the equally successful albums Halcyon (2012) and Halcyon Days (2013.)

In the past few years, Ellie Goulding has performed as a supporting act for Dave Matthews Band, U2, and Passion Pit, and she recently appeared at the Glastonbury Festival, Coachella Valley Music and Arts Festival, and T in the Park. Ellie’s success has also been marked by award recognition in the form of Best British Female and Best British Breakthrough Act nominations from the BRIT Awards in 2011. Most notably, Ellie Goulding performed for Prince William and Kate Middleton at their wedding reception, and she recorded the song “Bittersweet” for the Twilight Saga: Breaking Dawn – Part 2 soundtrack.

In 2013, Ellie Goulding launched a tour supporting Bruno Mars and performed at Rockness Festival in Inverness, Firefly Music Festival, and Capital FM Summertime Ball. Her music is also slated to appear on the soundtrack for the film the Hunger Games: Catching Fire, the second installment in the film series.  So far in her career, Ellie Goulding has sold more than ten million singles and three million albums worldwide.