Florence And The Machine

Florence And The Machine 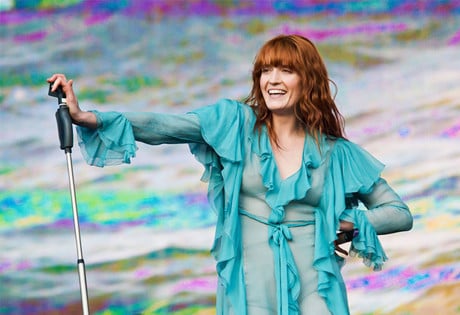 Looking to book Florence And The Machine entertainment for a wedding anywhere worldwide?

Look no further than WeddingEntertainment.com! We make it easy and stress-free to check availability and pricing for booking Florence And The Machine or any other act in the business. With over 26 years of experience in the industry, we have booked and produced thousands of events for clients worldwide.

Florence And The Machine FAQs

Florence And The Machine Biography

Florence And The Machine Biography

The indie rock band Florence and the Machine was established in England, founded by Florence Welch towards the end of the millennium’s first decade. The band’s debut album, Lungs, was released in 2009 and rose to the number one spot on the UK charts and into the top ten on the charts in the United States.

The album’s first single, “ Kiss with a Fist,” not only rose to the top of the charts as well, but was also featured in a number of films and television shows, including Jennifer’s Body, wild Child, Saving Grace, and 90210. The album’s second single, “Dog Days Are Over,” fared equally well and also found its way onto the television shows Glee and Gossip Girl, and was the featured track for Eat Pray Love’s trailer. Additional hit singles from the album include: “Rabbit Heart (Raise It Up),” “Drumming Song,” “You’ve Got the Love,” “Cosmic Love,” and “Heavy in Your Arms.”

Ceremonials was the follow-up to Lungs, and spawned the hit singles “Shake It Out,” “No Light, No Light,” “Never Let me Go,” “Breath of Life,” and “Spectrum (Say My Name.)” Between the two albums, Florence and the Machine racked up a number of industry awards and nominations, including Grammy nominations for Best New Artist, Best Pop Vocal Album (for Ceremonials, 2013), and Best Pop Duo/Group Performance (for “Shake It Out.”)

Florence and the Machine continues to record and perform with the current lineup of Florence, Robert Ackroyd, Sam White, Mark Saunders, Isabella Summers, Christopher Lloyd Hayden, Tom Monger, and Rusty Bradshaw. Most recently, Florence and the Machine provided the song “Heavy in You Arms” for the film Eclipse (part of the Twilight Saga), and “Over the Love” for Baz Luhrmann’s retelling of the Great Gatsby.