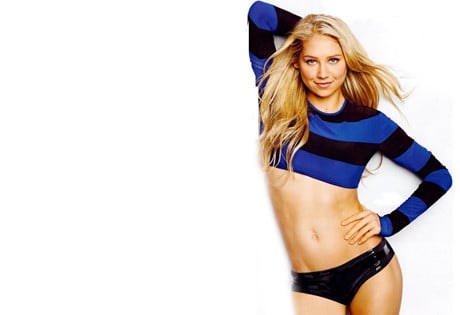 Look no further than WeddingEntertainment.com! We make it easy and stress-free to check availability and pricing for booking Anna Kournikova or any other act in the business. With over 26 years of experience in the industry, we have booked and produced thousands of events for clients worldwide.

Legendary Russian tennis player Anna Kournikova was born in 1981 in Moscow. Anna grew up in an athletic family; her brother is a golf player and her mother was a runner. Young Anna began playing tennis when she was only five, but she was not pushed to excel or expected to pursue the sport professionally. But by the time she’d reached ten years of age, it was clear that Anna had a talent for the support and she began to attract the attention of scouts.

Eventually, Anna Kournikova signed to a management company and moved to Bradenton, Florida to begin professional training in the sport. Anna’s early years brought her a number of championships in the junior and youth divisions, and by the time she was a teenager she’d gone pro in the sport. Kournikova performed well in the US Open in 1996, in the Australian Open in the following year, and in the French Open in 1997, where she made it to the third round.

Kournikova went on to become one of the world’s most recognized tennis players, despite never actually winning a singles title. She developed a large following of fans, and did go on to win a number of matches playing doubles, reaching the number one ranking. Unfortunately, Anna’s career ended at the young age of twenty one, the result of a series of back injuries. However, her highly recognizable celebrity status has made her a legendary icon in the world of sports.

Today, Anna Kournikova is still a much sought after celebrity. In 2011, she was named one of the “100 Hottest Women of All-Time” by Men’s Health magazine, and she recently appeared on The Biggest Loser as a celebrity trainer for two seasons.