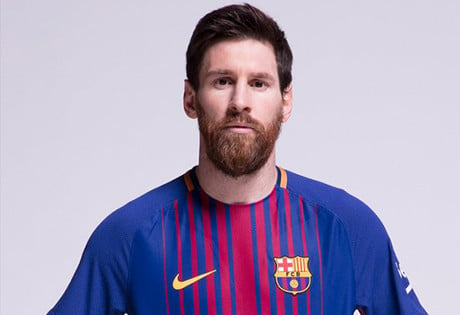 WeddingEntertainment.com makes it easy and trouble-free to check availability and pricing for booking Lionel Messi or any act in the business for your wedding. If we don't book an act for you, our service is free. For over 26 years we have booked and produced thousands of events for our clients worldwide. We can also handle everything necessary to produce the show for one all-inclusive price so there are no surprises. Simply fill out an entertainment request form and a booking agent will contact you to discuss the possibility of booking entertainment for your wedding.

Argentine soccer star Lionel Messi was born in 1987 in Rosario, Santa Fe Province. Messi grew up playing soccer starting at the age of five. From very early on he clearly demonstrated a talent for the sport, and so by the time he was eight years old he had begun playing for a local youth team. Throughout his childhood and into his teens, Lionel Messi perfected his talents until eventually FC Barcelona came calling for him.

Today, Lionel Messi serves as the captain for Argentina’s national team, and is widely recognized as one of the best players in the sport. By the time he’d reached his early twenties, Messi had already earned FIFA World Player of the Year nominations and had won the Ballon d’Or. Within a number of years, he had won the World Player and Ballon d’Or awards numerous times, and he became the first player to win three European Golden Shoe awards. Today, his awards and recognitions are too numerous to mention, but Messi is considered not only one of the most recognized soccer players in the world, but also one of the wealthiest, with endorsements from such high profile companies such as Turkish Airlines, Samsung, Adidas, and Gillette.

Off the soccer field, Lionel Messi has established his own foundation, with the goal of providing funding and access to health care and education for the world’s most under-served children. Messi also serves as one of UNICEF’s goodwill ambassadors. His high profile status, coupled with his generosity, has led him to the list of Time’s Most Influential People in the World. A documentary based on his life and achievements, Messi, premiered at the Venice film Festival in September of 2014.