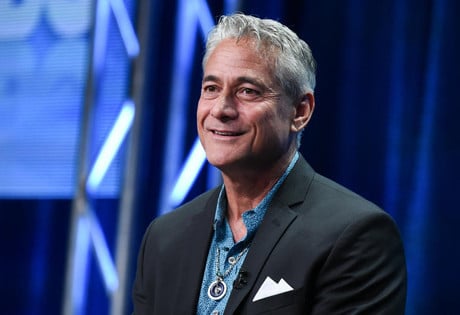 WeddingEntertainment.com makes it easy and trouble-free to check availability and pricing for booking Greg Louganis or any act in the business for your wedding. If we don't book an act for you, our service is free. For over 26 years we have booked and produced thousands of events for our clients worldwide. We can also handle everything necessary to produce the show for one all-inclusive price so there are no surprises. Simply fill out an entertainment request form and a booking agent will contact you to discuss the possibility of booking entertainment for your wedding.

The American Olympic diver Greg Louganis was born Gregory Efthimios Louganis in 1960 in El Cajon, California. Long before Louganis rose to fame as one of America’s most celebrated Olympic athletes, he grew up with his adoptive parents, excelling in gymnastics and acrobatics when he was still in elementary school. At the age of nine Greg began his first diving lessons, and it was very clear from the start that he would become an outstanding athlete in the sport.

A chance meeting with Olympic diver Sammy Lee when Louganis was only a teenager led to a student-coaching relationship which prepared Greg for the Olympics. His Olympic debut came in 1976 in Montreal, where he placed second in the tower event. By the 1980 Summer Olympics, Greg Louganis was fully prepared for the games, but the United States boycott of that year’s event forced him to wait another four years. Louganis continued to train, but took advantage of this time to also earn his Bachelors Degree in Drama and Dance from the University of California at Irvine.

After graduating in 1983, Greg Louganis entered the 1984 Summer Olympics in Los Angeles, where he rose to win gold medals in the tower diving and springboard events. By the time he appeared again in 1988 Seoul Olympics, he was one of America’s most recognizable and favorite Olympic athletes, and he rose to earn multiple medals again, despite suffering an injury at the event, striking his head on the springboard during competition. Louganis finished the event and the year as the “Athlete of the Year,” a title given to him by Wide World of Sports.

The incident at the 1988 Olympics went on to become legendary, not only because of Greg Louganis’s achievements despite the injury, but because in later years it was disclosed that Louganis had tested HIV positive prior to the incident. Uncertain of how the information would be received by a world still filled with misinformation and prejudice about the disease, Greg kept the information quiet, until he felt the time was appropriate for him to disclose both his diagnosis and and his sexual orientation, a number of years later.

Since that time, Greg Louganis has remained a celebrated American athlete and one of the nation’s most respected spokespersons for LGBT and HIV awareness. His autobiography, Breaking the Surface, went on to become a best-seller, and the inspiration for the film Breaking the Surface: The Greg Louganis Story. Since 2010, Greg Louganis has served as a coach for the SoCal Divers Club in Fullerton, California, and most recently carried the torch at the 2015 Special Olympics in Los Angeles. Louganis was also most recently the subject of the HBO documentary film, Back on Board, which aired in August of 2015.