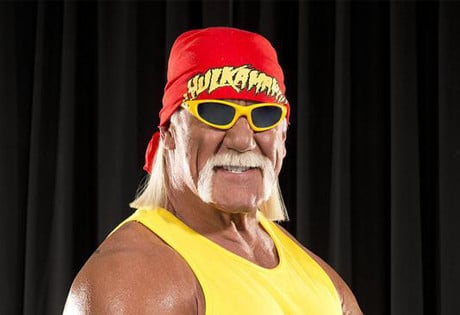 Look no further than WeddingEntertainment.com! We make it easy and stress-free to check availability and pricing for booking Hulk Hogan or any other act in the business. With over 26 years of experience in the industry, we have booked and produced thousands of events for clients worldwide.

The professional wrestler and television personality known as Hulk Hogan was born Terry Gene Bollea in 1953 in Augusta, Georgia. Hogan grew up in the Port Tampa area of Florida, and as a child he excelled in baseball. But young Hogan became more enamored with professional wrestling as a teenager, and then later with music, which he studied during his time at the University of South Florida.

Hogan performed in a number of local bands during this time, but he also began to work out at the local gym frequently. Eventually, his strength and stature garnered the attention of the trainers from Championship Wrestling from Florida, and they offered Hogan the opportunity to become a potential trainee. That simple small opportunity led to a career in which Hulk Hogan, as he is now known, grew to become one of the most recognizable personalities in the field of wrestling and beyond.

Since that time, Hulk Hogan has gone on to enjoy a popularity which has lasted well into the new millennium. Throughout the 1980’s and 1990’s, Hulk Hogan became known as the all-American character in the WWF (World Wrestling Federation) in World Championship Wrestling. As a twelve-time World Champion, Hulk Hogan’s crossover fame brought him opportunities in film, including roles in: Rocky III (1982), Suburban Commando (1991), Santa with Muscles (1996), and 3 Ninjas: High Noon at Mega Mountain (1998.)

In 2005, VH1 premiered the reality show Hogan Knows Best, which chronicled the triumphs and struggles of the Hogan family in Clearwater, Florida. The show was an enormous hit, spawning the spin-off Brooke Knows Best, which launched in 2008 and centers around the Hogan family’s oldest daughter and her efforts to launch a music career. Today, Hulk Hogan continues to be one of culture’s most recognizable public personalities.