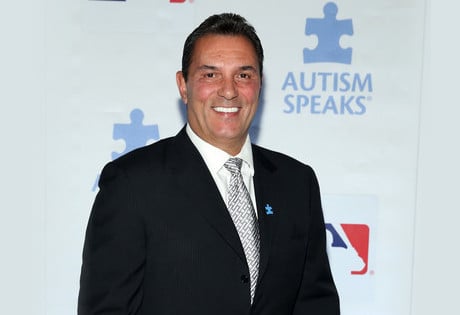 WeddingEntertainment.com makes it easy and trouble-free to check availability and pricing for booking Lee Mazzilli or any act in the business for your wedding. If we don't book an act for you, our service is free. For over 26 years we have booked and produced thousands of events for our clients worldwide. We can also handle everything necessary to produce the show for one all-inclusive price so there are no surprises. Simply fill out an entertainment request form and a booking agent will contact you to discuss the possibility of booking entertainment for your wedding.

The former Major League baseball player Lee Mazzilli was born in 1955 and grew up in Brooklyn, New York. Mazzilli showed athletic promise from early on, not to anyone’s surprise since his father was the welterweight boxer Libero Mazzili and athletics had been stressed in the home since Lee was a very young child. Lee’s talents became apparent when he was in elementary school, and noteworthy from early on was that he was naturally ambidextrous, able to swing from either left or right even as a child.

In high school, Lee Mazzilli excelled on the field, but he also brought his school eight national championships as a speed skater. Nevertheless, Mazzilli chose baseball as his future profession, and after graduating from high school he was drafted to his hometown team, the New York Mets, in 1973. With the Mets, Lee Mazzilli was enormously popular. Over the course of his career, he represented the team at the All-Star Game in 1979. In the 1980’s, Lee Mazzilli was traded to the Yankees, then to the Pirates, and then returned to the Mets in 1986. Mazzilli remained with the Mets until 1989, when he was traded to the Toronto Blue Jays. Later that same year, Lee retired from the game.

In his retirement from playing, Lee Mazzilli remained active in the game. Between 2004 and 2005, Mazzilli served as team manager for the Baltimore Orioles, bringing the team to first place for sixty-two days in AL East. After leaving the Orioles, Mazzilli became the coach for the New York Yankees, remaining with the team in one capacity or another from 2000 to 2006. Lee Mazzilli has also served as a studio analyst for Sportsnet New York, a position he held from the winter of 2006 to early 2009. Mazzilli also forayed into acting for a brief period of time, appearing in the off-Broadway production of Tony n’ Tina’s Wedding, in the role of Tony.