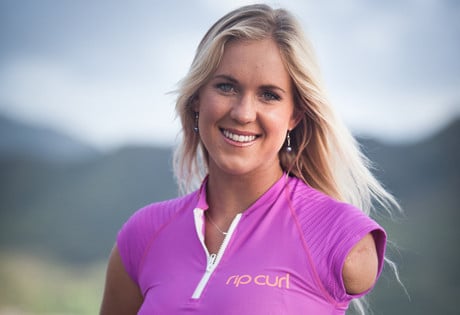 Look no further than WeddingEntertainment.com! We make it easy and stress-free to check availability and pricing for booking Bethany Hamilton or any other act in the business. With over 26 years of experience in the industry, we have booked and produced thousands of events for clients worldwide.

Bethany Hamilton rose to fame as a symbol of resilience and fortitude, after the young surfer lost her arm in a vicious shark attack. But long before her story was celebrated in the 2011 film Soul Surfer, young Bethany grew up a teenager of the new millennium, growing up in Kauai and surfing the areas beautiful local beaches. Like many teenagers growing up on the Hawaiian islands, young Bethany had fallen in love with surfing at an early age, and she was already a very skilled surfer before the attack which made her famous.

In 2003, thirteen-year-old Bethany was attacked by a fourteen-foot tiger shark which likely mistook her arm for one of the many turtles swimming in the area. Severing her arm just below the shoulder, the shark would have seemed to end her surfing career forever, but Bethany’s determination after the accident is what eventually made her famous. After a week recovering in the hospital, Hamilton began to prepare for a return to the ocean. Despite her challenges, she learned to paddle with one arm, compensating through more vigorous kicking, and by 2004 she was re-entering competitions.

Bethany Hamilton shared her story in her autobiography, which she penned in 2004 immediately upon her return to competition. The book, Soul Surfer: A True Story of Faith, Family, and Fighting to Get Back on the Board, was a best-seller and inspired the film adaptation, Soul Surfer, which arrived in 2011. Since that time, Bethany has appeared on a number of television shows, both as a guest and a contestant (on Are You Smarter Than a Fifth Grader? and The Amazing Race, competing with her husband.)