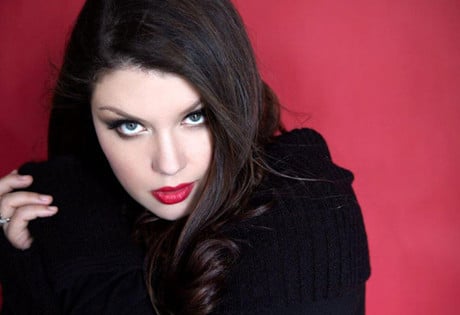 WeddingEntertainment.com makes it easy and trouble-free to check availability and pricing for booking Jane Monheit or any act in the business for your wedding. If we don't book an act for you, our service is free. For over 26 years we have booked and produced thousands of events for our clients worldwide. We can also handle everything necessary to produce the show for one all-inclusive price so there are no surprises. Simply fill out an entertainment request form and a booking agent will contact you to discuss the possibility of booking entertainment for your wedding.

Jane Monheit was born in 1977 in Long Island, New York. Jane studied music as a child and began singing professionally while she was still in high school. After graduating from the Manhattan School of Music, Monheit garnered the attention of record labels and released her debut album, Never Never Land, in 2000. The album was critically acclaimed and launched Jane’s career as a jazz vocalist.

Additional albums have followed since: Come Dream with Me (2001), In the Sun (2002), Taking a Chance on Love (2004), The Season (2005), Surrender (2007), The Lovers, the Dreamers, and Me (2009), and Home (2010), earning Monheit Grammy nominations for Best Instrumental Arrangement Accompanying Vocalists twice, in 2003 and 2005, for the songs “Since You’ve Asked” and “Dancing in the Dark.” Jane has also worked as a guest artist with some of the industry’s most notable musicians, including Terence Blanchard, Frank Vignola, Mark O’Connor, Steve Tyrell, Les Brown, Adam Dorn, Ray Brown, Jr.

Most recently, Jane Monheit released her latest album, the Heart of the Matter, in 2013. She lives in New York and continues to record and perform.