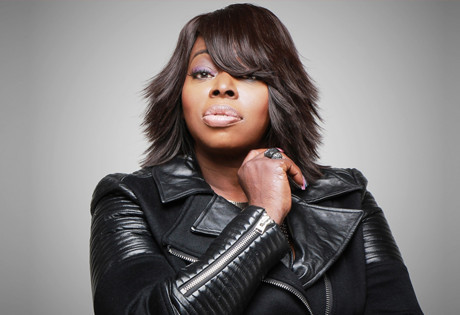 Look no further than WeddingEntertainment.com! We make it easy and stress-free to check availability and pricing for booking Angie Stone or any other act in the business. With over 26 years of experience in the industry, we have booked and produced thousands of events for clients worldwide.

The American producer, singer, and actress Angie Stone was born Angela Laverne Brown in 1961 in Columbia, South Carolina. Young Angie grew up singing in her church’s gospel choir, and her talents became evident at a very young age.

Stone’ career launched in the 1970’s, when she began performing under the name Angie B., both as a solo artist and for the rap trio The Sequence. With the Sequence, Angie scored a hit with “Funk You Up” in 1980, and the group remained together for a number of years. Following the Sequence, Stone joined the group Vertical Hole, and in the 1990’s she sang background for a number of other notable performers, including Lenny Kravitz and D’Angelo.

Angie Stone launched a solo career in 1999, with the debut album Black Diamond. The album was a moderate hit, rising to gold status, and spawning the R&B single “No More Rain (In This Cloud),” which earned Stone a Soul Train Lady of Soul Award for Best R&B/Soul Single. But Stone’s biggest breakthrough came with the album Mahogany Soul in 2001, which spawned the hits “Brotha” and “Wish I Didn’t Miss You.”

Angie Stone has also appeared as a featured artist on songs for Guru (“Keep Your Worries”); Prince (“U  Make My Sun Shine”); and Stevie Wonder (for the remake of “Singed, Sealed, Delivered I’m Yours.”) Stone has also appeared in the films Pastor Brown (2009) and School Gyrls (2010), and appeared on stage as a co-star in the play Loving Him is Killing Me and in the stage production of Chicago, alongside Brian McKnight.

Angie Stone continues to perform and record. So far, she has sold more than five million albums worldwide. Her voice can currently be heard on the theme song for the hit sitcom Girlfriends, which appears on the UPN/The CW network.