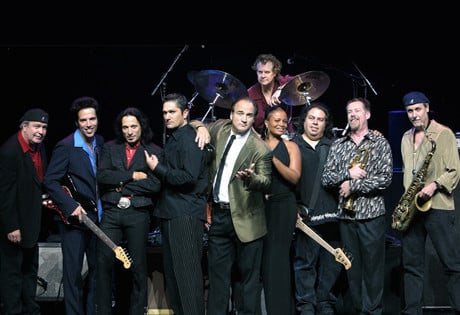 Look no further than WeddingEntertainment.com! We make it easy and stress-free to check availability and pricing for booking Jim Belushi or any other act in the business. With over 26 years of experience in the industry, we have booked and produced thousands of events for clients worldwide.

Jim Belushi and the Sacred Hearts was born out of actor Jim Belushi’s genuine love for music and the blues. Born in 1954 in Chicago, Jim, like his brother John, initially embarked on an acting career. The two began as members of The Second City, a Chicago theater group, in the late 1970’s, and Jim’s first television and film gigs were around the same time.

The band released their debut, 36-22-36, in 1998, and the high energy performance of Jim Belushi and the Sacred Hearts is captured on the album, which features singles such as “Smokin’ Blues,” “Watch Yourself,” “Leap of Faith,” and the title track. But the band is best appreciated live, and counts among their most devoted fans former President Bill Clinton himself.  They continue to perform and tour, making appearances regularly. The band’s most recent performances in 2017 include a set at the Florida Strawberry Festival in Plant City, Florida, and the PBS special, A Capitol Fourth.