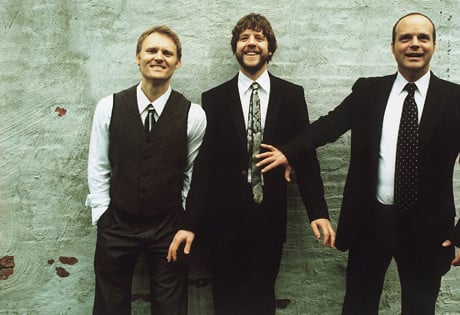 Look no further than WeddingEntertainment.com! We make it easy and stress-free to check availability and pricing for booking Medeski Martin & Wood or any other act in the business. With over 26 years of experience in the industry, we have booked and produced thousands of events for clients worldwide.

Medeski Martin & Wood was created in the early 1990’s by musicians Chris Wood, Billy Martin, and John Medeski. The jazz/funk trio first began performing around the New York area at a variety of clubs and bars, releasing their debut, Notes from the Underground, in 1992. The album garnered Medeski Martin & Wood some acclaim and commercial success, but the band’s big breakthrough came after performing live with Phish in 1995.

Additional albums followed: Friday After noon in the Universe (1995), Shack-man (1996), Farmer’s Reserve (1997), Combustication (1998), The Dropper (2000), Uninvisible (2002), End of the World Party (Just in Case) (2004), and the Radiolarian Series albums, released between 2008 and 2009. As a jazz/funk trio, Medeski Martin & Wood has since its inception often played on the jam band circuit, performing a unique blend of hip hop, jazz, and funk, with performances known for their unrehearsed and improvisational nature. In addition to their work as a trio, the individual members of Medeski Martin & Wood also participate in a number of collaborative and solo projects. Medeski has worked with Robert Randolph and North Mississippi Allstars; Wood created the Wood Brothers in 2005, performing alongside his brother Oliver; and Medeski and Martin released Mago, their endeavor as a duo, in 2007.

Medeski Martin & Wood continues to perform as a trio. The band recently released a collection of tracks to celebrate a two-decade history, and then released Free Magic, a live acoustic album, in 2012.