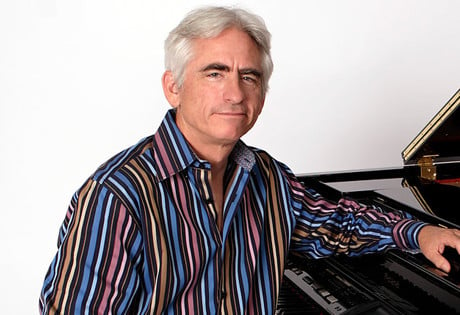 WeddingEntertainment.com makes it easy and trouble-free to check availability and pricing for booking David Benoit or any act in the business for your wedding. If we don't book an act for you, our service is free. For over 26 years we have booked and produced thousands of events for our clients worldwide. We can also handle everything necessary to produce the show for one all-inclusive price so there are no surprises. Simply fill out an entertainment request form and a booking agent will contact you to discuss the possibility of booking entertainment for your wedding.

Jazz pianist David Benoit was born in 1953 in Bakersfield, California. Growing up in Los Angeles, Benoit began studying piano at age thirteen, and by the time he was in college he was focusing on composition and theory. David’s career began in the mid 1970’s as a musical director for Lainie Kazan, then later serving in the same roll for Connie Stevens and Ann-Margaret. But by the mid 1980’s, David Benoit was ready to attempt a solo career, and so he recorded and released his debut, Freedom at Midnight, in 1987.

The album rose to the top five on the contemporary jazz charts and set the stage for Benoit’s sophomore effort, Waiting for Spring. Waiting for Spring was even more successful, rising to the number one spot on the charts, and establishing a career for David Benoit which has since lasted almost three decades. Additional albums from Benoit include: Shadows (1991), Letter to Evan (1992), Shaken Not Stirred (1994), American Landscape (1997), Right Here Right Now (2003), The Benoit/Freeman Project (2004), and Heroes (2008.) David Benoit has also contributed tracks to albums by a number of other artists, including Patti Austin (The Real Me, 1988 and Carry On, 1992); The Dance ( Dave Koz, 1999), and Choices (Brian Bromberg, 2004.)