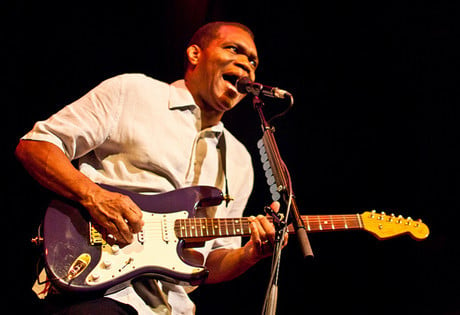 Look no further than WeddingEntertainment.com! We make it easy and stress-free to check availability and pricing for booking Robert Cray Band or any other act in the business. With over 26 years of experience in the industry, we have booked and produced thousands of events for clients worldwide.

Robert Cray was born in 1953 in Columbus, Georgia. Young Robert began learning guitar as a teenager and by the time he was in high school, he’d formed his first cover band. A move to the west coast in the 1970’s afforded Robert the opportunity to begin performing in a number of college towns, and after establishing a local following, Cray moved to Oregon and founded the Robert Cray Band.

Robert Cray’s debut under his first recording contract, Bad Influence, was released in the early 1980’s. False Accusations followed, both rising to moderate success, but it was the album Strong Persuader which garnered Gray the critical acclaim he was seeking, in the form of his first Grammy Award. Since that time, Robert Cray and his band have released a number of highly successful albums, in a career which spans well into the new millennium: Don’t Be Afraid of the Dark (1988), Midnight Stroll (1990), Some Rainy Morning (1995), Sweet Potato Pie (1997), Take Your Shoes Off (1999), Shoulda Been Home (2001), Twenty (2005), and This Time (2009.) The albums spawned the hit singles “Smoking Gun,” “I Guess I Showed Her,” “Right Next Door (Because of Me),” “Don’t Be Afraid of the Dark,” “Acting This Way,” “Consequences,” “The Forecast (Calls for Pain),”  and “Just a Loser.”