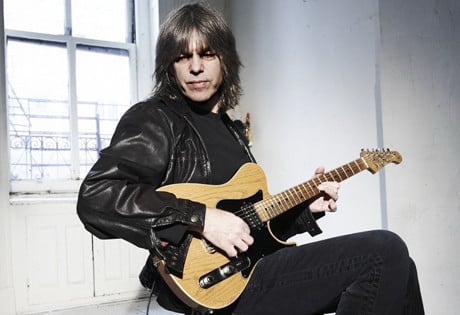 WeddingEntertainment.com makes it easy and trouble-free to check availability and pricing for booking Mike Stern or any act in the business for your wedding. If we don't book an act for you, our service is free. For over 26 years we have booked and produced thousands of events for our clients worldwide. We can also handle everything necessary to produce the show for one all-inclusive price so there are no surprises. Simply fill out an entertainment request form and a booking agent will contact you to discuss the possibility of booking entertainment for your wedding.

The American jazz guitarist Mike Stern was born in 1953 in Boston, Massachusetts. Long before Stern became known for his work with Blood, Sweat & Tears, and with Miles Davis, he attended the world renowned Berklee College of Music in Boston, where he studied jazz extensively. Stern’s big breakthrough came in 1976, when he was offered a gig with Blood, Sweat & Tears. He remained with the band for two years.

After leaving Blood, Sweat & Tears, Mike Stern first teamed up with Billy Cobham and then with Miles Davis, joining his band and remaining with him until 1985. In 1986, Stern signed with Atlantic Records as a solo artist, releasing the debut album Upside Downside, featuring contributions from Bob Berg and David Sanborn. The album was followed by: Time in Place (1988), Jigsaw (1989), Odds or Evens (1991), and Standards and Other Songs (1992), which earned Stern the accolade of “Best Jazz Guitarist of the Year” from Guitar Player.

In 1992, Mike Stern joined the band Brecker Brothers Band but continued his career as a solo artist. His next two albums, Is What It Is (1994) and Between the Lines (1996), earned him Grammy nominations. Additional albums include: Give and Take (1997), Play (1999) and Voices (2001.) In 2004 Mike Stern left Atlantic Records and released These Times on the ESC label. The album features contributions from Bela Fleck, Kenny Garrett, and Richard Bona.

Today, Mike Stern is considered one of the era’s most significant jazz guitar players. He recently released the albums Big Neighborhood (2009) and All Over the Place (2012), followed by the collaborative project alongside Eric Johnson, Eclectic (2014.) Eclectic was accompanied by a 2014 live tour, titled the Electic Guitar Tour.