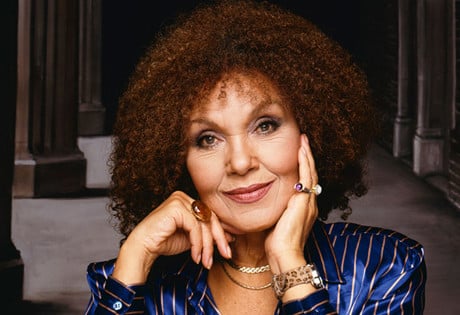 Look no further than WeddingEntertainment.com! We make it easy and stress-free to check availability and pricing for booking Cleo Laine or any other act in the business. With over 26 years of experience in the industry, we have booked and produced thousands of events for clients worldwide.

The British actress and jazz singer known as Cleo Laine was born Clementina Dinah Bullock in 1927 in Southall, Middlesex. Cleo grew up in a working class family, but her parents encouraged her to learn to sing and dance when she was a young child. Before rising to prominence as a performer, Cleo worked a number of odd jobs, including librarian and hairdresser, until in her early 20’s she began auditioning for bands.

Her first gig was as a singer with John Dankworth, whom she later married. By the late 1950’s she was appearing on stage throughout London in various roles, in such plays as Boots with Strawberry Jam (1962), A Time to Laugh (1959), and Show Boat (1971.) She also released her first recorded singles around this time, and began performing internationally, traveling to Australia, Canada, and the United States and appearing in such notable venues as Carnegie Hall.

In the United States, Laine began to establish a strong presence on Broadway, appearing in the plays: A Little Night Music, The Merry Widow, The Mystery of Edwin Drood. Her theater continued in the 1980’s and 1990’s, with award-winning performances in such plays as Into the Woods.  Throughout this time, she continued to record albums and singles, most notably her live album Cleo at Carnegie: The 10th Anniversary Concert, which won her a Grammy Award for Best Female Jazz Vocalist in 1983.

Cleo Laine’s dozens of albums and live performances have over the course of her career brought her innumerous accolades. Notable awards include: a 1985 Grammy Award for Best Jazz Vocal Performance; Honorary doctorates from five major universities; An honorary fellowship at Cambridge; and a Lifetime Achievement Award from the Worshipful Company of Musicians. Certainly, Cleo Laine’s legacy has lasted well into the new millennium and she continues to inspire contemporary artists worldwide.