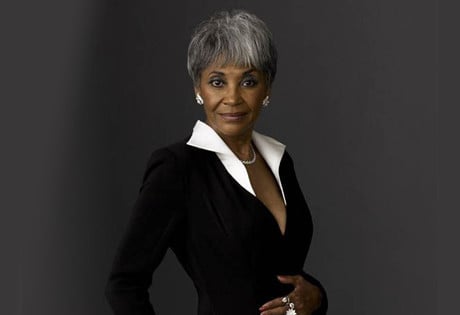 Look no further than WeddingEntertainment.com! We make it easy and stress-free to check availability and pricing for booking Nancy Wilson or any other act in the business. With over 26 years of experience in the industry, we have booked and produced thousands of events for clients worldwide.

Nancy Wilson was born in 1937 in Chillicothe, Ohio. She grew up in a household of six children, and as a young girl Nancy was highly influenced by the music her father used to play in the home, which included Nat Cole, Ruth Brown, and Jimmy Scott. Before she began elementary school, Nancy knew that she wished to pursue music as a career, and she began singing and performing. By the time she was a teenager, Wilson was performing at local clubs and high schools, until an audition earned her a gig performing with Rusty Bryant’s Carolyn Club Big Band in the late 1950’s.

A move to New York around 1960 eventually led Nancy to her first record deal with Capitol Records. Wilson’s debut, “Guess Who I Saw Today” was released later that same year, followed by the album Like in Love. Both were enormously successful, and paved the way for a career which would span more than four decades and bring audiences innumerous hit songs, including: “(You Don’t Know) How Glad I Am,” “I Wanna Be With You,” “Don’t Come Running Back to Me,” “Uptight (Everything’s Alright),” “Face It Girl, It’s Over,” and “Peace of Mind,” to name a few. Her music earned her twenty Grammy nominations and five wins in the categories of: Best Female Vocal Performance (for “How Glad I Am” in 1964) and Best Jazz Vocal Album (for Rare Songs, Very Personal in 2005 and Turned to Blue in 2007.) In addition, Nancy Wilson has received multiple recognitions through a number of organizations, including the National Endowment for the Arts, Oprah Winfrey’s Legends Awards, and the NAACP. She was also inducted into the International Civil Rights Walk of Fame in 2005.

In addition to her work in music, Nancy Wilson also enjoyed her own television series in the 1960’s, The Nancy Wilson Show, and appeared on a number of other shows, including the Cosby Show, the Jack Paar Program, Hawaii Five-O, The Carol Burnett Show, New York Undercover, and the Parkers. Most recently, Nancy Wilson announced her retirement from performing in 2011, although she does continue to make appearances on occasion.