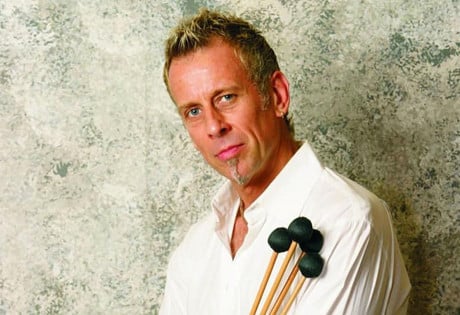 WeddingEntertainment.com makes it easy and trouble-free to check availability and pricing for booking Joe Locke or any act in the business for your wedding. If we don't book an act for you, our service is free. For over 26 years we have booked and produced thousands of events for our clients worldwide. We can also handle everything necessary to produce the show for one all-inclusive price so there are no surprises. Simply fill out an entertainment request form and a booking agent will contact you to discuss the possibility of booking entertainment for your wedding.

The American jazz composer and musician Joe Locke was born Joseph Paul Locke in 1959 in Palo Alto, California. As a young child, Locke and his family moved to Rochester, New York, where he spent his formative years studying music. Joe attended the Eastman School of Music as a child, focusing on classical percussion and composition. Ultimately, he grew up to become an extremely skilled self-taught improviser, and one of the era’s most significant jazz musicians.

In 1981, Joe Locke moved to New York City and began performing with some of the eras most significant jazz musicians, including: Randy Brecker, Geoffrey Keezer, Ron Carter, Bob Berg, Hiram Bullock, Eddie Daniels, Dianne Reeves, and Grover Washington, Jr., to name a few. In the late 1980’s, Joe Locke formed the band Storytelling with vocalist Mark Ledford, and in the 1990’s, Locke recorded the duet album Saturn’s Child with Frank Kimbrough.  Other notable collaborations during this time include projects with pianists David Hazeltine and Kenny Barron. Joe Locke released his first solo album with Sirocco Records in 2000, and the rest of the millennium since has seen him continue to collaborate and perform both as a guest musician and as a leader.

Throughout his career, Joe Locke has become known for his extensive touring, which has brought him all over the world, including all major European capitals. He also teaches at multiple universities and colleges throughout Europe and the United States, including the Royal Academy of Music in London. Most recently, Joe Lock released Wish Upon a Star in 2012. The album is his first symphonic CD, recorded live with the Lincoln Symphony Orchestra. His follow-up, Lay Down My Heart – Blues & Ballads Vol 1, arrived in 2013 and rose into the number one position on the Jazz album charts in the summer of that year.