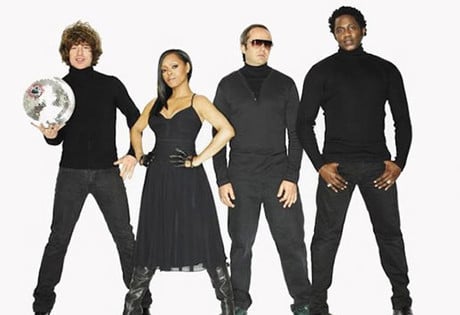 WeddingEntertainment.com makes it easy and trouble-free to check availability and pricing for booking Brand New Heavies or any act in the business for your wedding. If we don't book an act for you, our service is free. For over 26 years we have booked and produced thousands of events for our clients worldwide. We can also handle everything necessary to produce the show for one all-inclusive price so there are no surprises. Simply fill out an entertainment request form and a booking agent will contact you to discuss the possibility of booking entertainment for your wedding.

The English acid jazz and funk group known as the Brand New Heavies was founded in London in 1985. Initially called Brother International, the group changed its name after signing their first recording deal, and very quickly began to establish a local following in the London area.

The Brand New Heavies continue to perform and record with the core lineup of: Jan Kincaid, Simon Bartholomew, Andrew Levy, Lascelles Gordon, Rob Cremona, Jim Wellman, and Ceri Evans, and an ever rotating selection of vocalists which has included Siedah Grrett, Carleen Anderson, Sy Smith, and most recently, Dawn Joseph. The Brand New Heavies most recently released the album Sweet Freaks, in 2014.