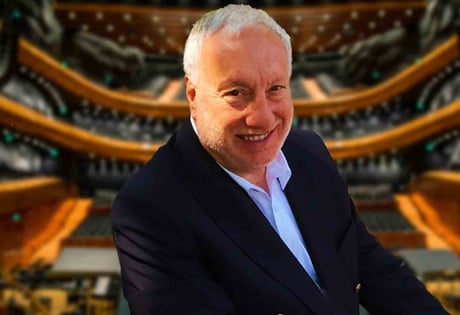 WeddingEntertainment.com makes it easy and trouble-free to check availability and pricing for booking Gene Krupa Orchestra or any act in the business for your wedding. If we don't book an act for you, our service is free. For over 26 years we have booked and produced thousands of events for our clients worldwide. We can also handle everything necessary to produce the show for one all-inclusive price so there are no surprises. Simply fill out an entertainment request form and a booking agent will contact you to discuss the possibility of booking entertainment for your wedding.

Gene Krupa was born in Chicago, to a large family of nine children. Although his Polish parents original had aspirations for him to join the priesthood, young Gene instead fell in love with music and began studying jazz when he was still a teenager, focusing on the drums and the big band style of music which was rising in the 1920’s. His earliest recordings date back to around 1924, reflective of the Chicago Jazz scene and style of that time period. Such notable hits as “Nobody’s Sweeheart,” “China Boy,” and “Liza” set the stage for Krupa’s eventual work as part of Benny Goodman’s band, which made him among the most recognizable performers of that era.

During this time, Gene Krupa penned a number of notable hits, such as “Some Like it Hot,” “ Manhattan Transfer,” “Drum Boogie,” “Bolero at the Savoy,” “He’s Gone,” “Drummin’ Man,” “Wire Brush Stomp,” “Full Dress Hop,” “Swing Is Here,” and “Boogie Blues.” But by the 1940’s, with the decline of the big band era, Gene Krupa reduced the size of his band to a trio or quartet, although he continued to play. In the 1950’s, he began to appear in a number of films, including the Benny Goodman Story and the Glenn Miller Story, and he began performing with frequency at the Metropole in New York City’s Times Square. Krupa continued to perform well into the early 1970’s, until just before he passed away at the age of sixty-four.

Gene Krupa’s music lives on, however, in the form of the Gene Krupa Orchestra, an impressive collection of talented musicians led by Michael Berkowitz, who himself as a young man spent a few influential moments with Gene Krupa, his idol at the time. After Gene’s passing, Berkowitz went on to establish a stellar career as a drummer, performing with such notable artists as Liza Minelli, Elton John, Billy Joel, Michael Crawford, and Michael Feinstein. He now leads the Gene Krupa Orchestra, bringing Krupa’s music to a whole new generation and celebrating the legacy of the man who sparked his love of music.