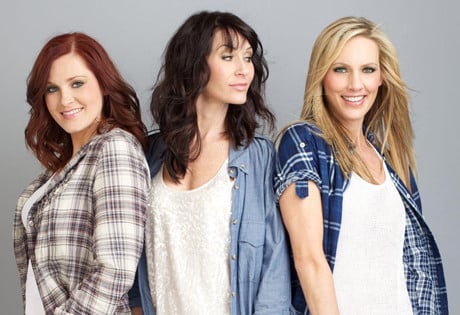 Looking to book SHeDAISY entertainment for a wedding anywhere worldwide?

Look no further than WeddingEntertainment.com! We make it easy and stress-free to check availability and pricing for booking SHeDAISY or any other act in the business. With over 26 years of experience in the industry, we have booked and produced thousands of events for clients worldwide.

SHeDAISY was founded in the late 1980’s when Osborn sisters Kristyn, Kelsi, and Kassidy initially began performing as the Osborn Sisters. As children, the sisters had performed around their hometown in Utah, and after moving to Nashville to pursue careers as country singers, they continued to perform as the Osborn Sisters, until the late 1990’s, when they switched to SHeDAISY and released album The Whole SHeBANG under a new label.

The album certified platinum and spawned the top ten country hits “I Will… But,” “Little Good-Byes,” and “This Woman Needs.” Since then, SHeDAISY has continued to release high charting albums, including: Brand New Year (2000), The Whole SHeBANG: All Mixed Up (2001), Knock on the Sky (2002), Sweet Right Here (2004), Fortuneteller’s Melody (2006), and the complilation album, The Best of SHeDAISY (2008.) The albums spawned the additional top twenty singles: “ Passenger Seat,” “Come Home Soon,” and “Lucky 4 You (Tonight I’m Just Me).” SHeDAISY has been nominated for a Grammy Award (for Country Vocal Group), an Academy of Country Music Award (for Top New Duo or Group), a Country Music Association Award (for the Horizon Award), and an American Music Award (for Best Country Duo or Group.)

SHeDAISY continues to perform and record, and is currently planning for the group’s next country album release in the new future.